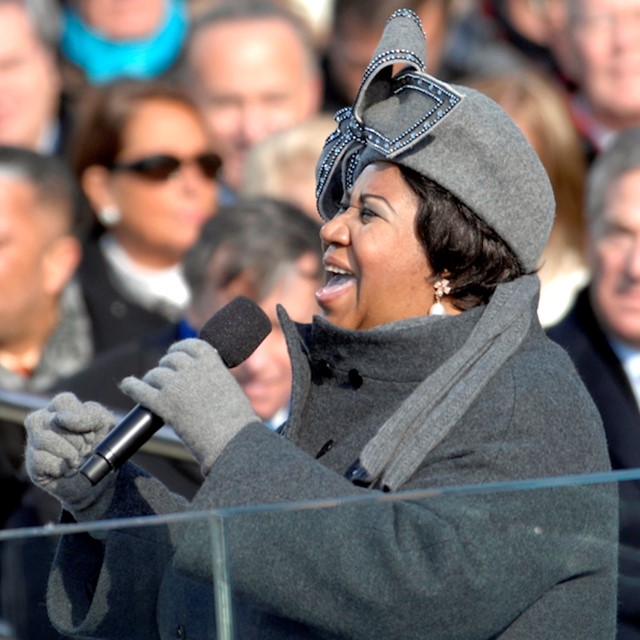 Like cars, clothes and jewelry, I usually don’t know the names of singers and groups. But Aretha Franklin stood out.

Back when we were in high school, my two sisters and I loved Aretha Franklin. We would belt out "You make me feel like a natural woman" as if we actually had boyfriends. If anyone mentioned the word respect, one of us would break into "R-E-S-P-E-C-T."

Even though I’m a former nurse, I was still shocked when I saw she was a third of her former self. Pancreatic cancer is a terrible disease.

As I watched the reports of her death, it occurred to me that the Queen of Soul not only left us with a wonderful library of music. She is also a model for all speakers. Why?

She has a plan.

She is the servant of her message.

She leaves her audience changed.

What is the plan?

Aretha writes, has someone write, or "borrows" a song. Stevie Wonder said, "Once she borrows it, you don’t get it back." She owns it.

She decides how to deliver it: Musical notes. Variety in volume, pitch, tone, inflection. All wrapped up in the music.

How is she the servant of her message?

She pours herself into her songs, into the presentation. It is all about the audience, about giving them the best performance possible. All of her energy is directed to the delivery.

Their moods. Their minds. Their actions. Songs like "Think," "Freedom" and "Respect" had an impact on so many people. If you watch the audience during a show, you can see they are mentally, emotionally and often physically involved in the performance.

As public speakers, we too want to persuade the listeners. Change their minds. Motivate them to take action.

Her role models - and a devotion to diction

No doubt, Aretha took a few lessons from speakers herself. She was the daughter of a celebrated preacher known for his passionate sermons. She knew Martin Luther King, Jr.

And she was always proud of her diction. Here’s what she told Pat Hackett about that for a story in Interview magazine in January 2012:

HACKETT: Judging from the early records you made on Columbia with John Hammond, you must have taken speech classes—your diction was absolutely perfect.

FRANKLIN: No way, no way!

You can see her skills—and hear that excellent diction—in the speech she made honoring Smokey Robinson at the Kennedy Center:

When asked what he will most remember about Aretha Franklin, Stevie Wonder said: "Her voice. Her emotion. Her sincerity. Unforgettable."

That’s exactly how this long-time fan feels. And this public speaking coach adds: "Her lessons for all public speakers."