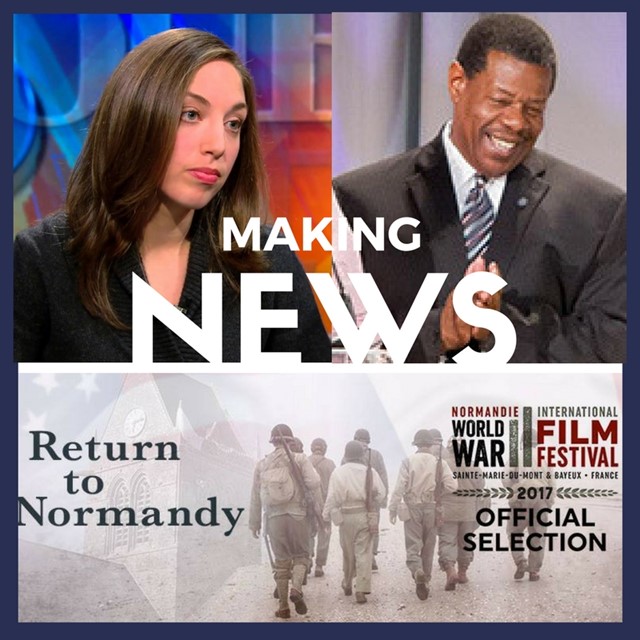 Some of the good news that's come through The Buckley School's inbox recently about friends, faculty, and alum.

Dr. Ronald Rhames, president of Midlands Tech, is one of our favorite speakers and a Buckley alum, so we were pleased to see he’s getting the appreciation he deserves. Dr. Rhames was recently honored with a place in the Richland School District One Hall of Fame in Columbia, S.C. Today he’s a national leader in higher education. That path started when he attended school in the district. He was inducted along with five others, including NBC Today Show anchor Craig Melvin. Former Hall of Fame inductees include NASA chief and former astronaut Charles Bolden and Nobel Prize-winning chemist Dr. Kary Mullis.

We know first-hand that Romina Boccia is a terrific speaker with a talent for putting complex information into language that’s easy to understand. We see in The Washington Post that she’s lead author of The Heritage Foundation’s budget blueprint, a source for the current administration’s budget.

Return to Normandy, a documentary written by Buckley School Director Jenny Maxwell for PBS, has been selected as the opening night screening at the 2017 Normandie-World War II International Film Festival this June in Normandy, France. The film follows a group of veterans who participated in D-Day for an emotion-filled and sometimes surprising return to the places they fought.