Learning How to Get Involved 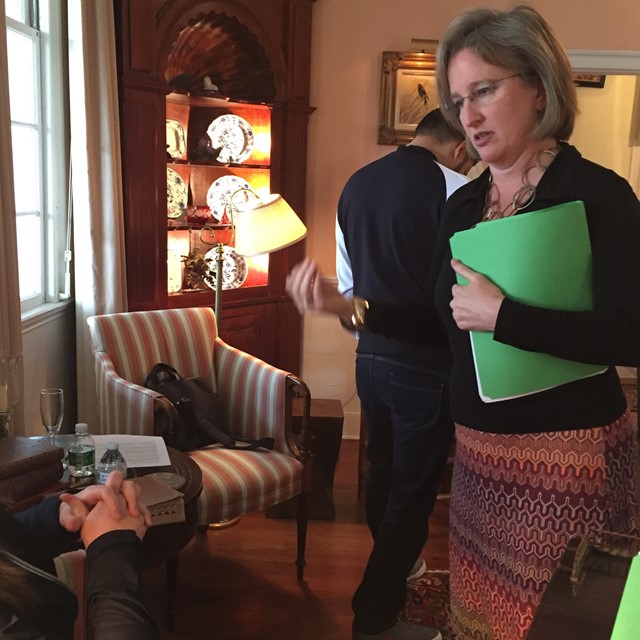 – Elise Partin, quoted in an article about the USC Honors Class she's teaching. The class is called "Demystifying Elected Office."

The young people in her class are some of the nation's most promising college students. When Buckley faculty member Elise Partin is done with them, she hopes at least a few will work for their communities in a way they may not have considered before.

Elise ran for office in 2008 because she was concerned about her city. A newcomer to politics, she won that election for mayor. Now, she’s teaching a class at the University of South Carolina Honors College to show students that holding political office is a worthy aspiration, something students can learn to do, and a type of service more of us should attempt.

Cayce is a municipality within the greater metropolitan area of Columbia, S.C., a community of around 13,000 people. Elise is the first woman elected to be the town’s mayor and has been re-elected twice.

In her honors college class, she helps students understand what it takes to run for office and meet the responsibilities of an elected position.

Here’s an article about Elise and her class.

And here's Elise giving the TED talk that inspired the USC Honors program: