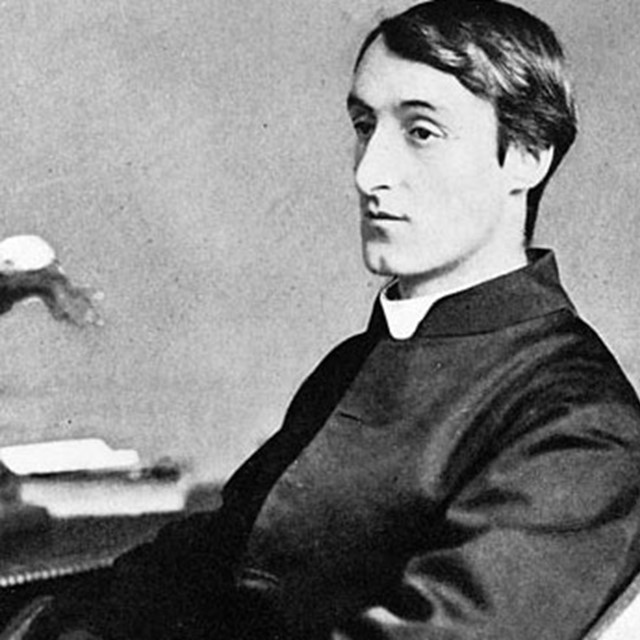 Perhaps the all-time favorite from our read-aloud files is "Pied Beauty" by Gerard Manley Hopkins. (Yes, we have such a file cabinet at The Buckley School. And it is rather large.)

Hopkins, who wrote during the Victorian era, is often thought of as the precursor to free verse and modern poetry.

He was the oldest sibling in a large family whose members were keenly interested in religion and the arts. Torn between his religious beliefs and his creative interests, Hopkins once burned his poems. But copies survived. He continued working.

"The poetical language of an age should be the current language heightened."

His lasting influence includes sprung verse, a poetic rhythm he created to shake up traditional meter and mimic natural speech. That rhythm, plus his word choice, make his lines a delight to speak.

Here's the poem everyone at The Buckley School loves to read aloud. Some of us have even committed it to memory:

Glory be to God for dappled things—
For skies of couple-colour as a brindled cow;
For rose-moles all in stipple upon trout that swim;
Fresh-firecoal chestnut-falls; finches' wings;
Landscape plotted and pieced—fold, fallow, and plough;
And áll trádes, their gear and tackle and trim.

All things counter, original, spare, strange;
Whatever is fickle, freckled (who knows how?)
With swift, slow; sweet, sour; adazzle, dim;
He fathers-forth whose beauty is past change:
Praise him.