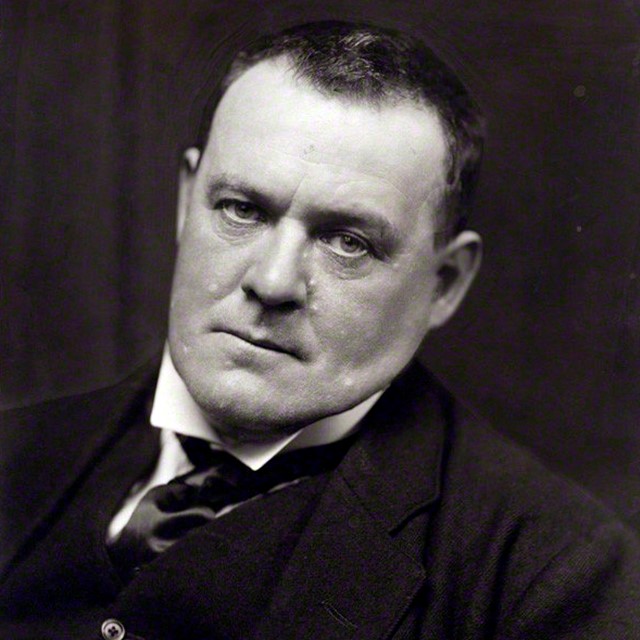 The Buckley School's founder believed that all speakers should hone their presentation skills by reading poetry out loud. (That's not our founder in the photo above. It's Hilaire Belloc.) We keep that worthwhile practice alive by including a poem in our magazine each month for you to read aloud.

If you’ve attended our Executive Seminar, you’ll know why the following detail about Hilaire Belloc warmed our hearts.

The writer, as a young man, once won a debate from his seat in the audience, or so the story (on Wikipedia) goes:

"Attending his first debate of the Oxford Union Debating Society, he saw that the affirmative position was wretchedly and half-heartedly defended. As the debate drew to its conclusion and the division of the house was called, he rose from his seat in the audience, and delivered a vigorous, impromptu defence of the proposition. Belloc won that debate from the audience, as the division of the house then showed, and his reputation as a debater was established. He was later elected president of the Union."

His debating skill is not how we’ve always known Belloc. His sly, funny poems collected in Cautionary Tales for Children put him on our map, most especially “Rebecca, Who Slammed Doors for Fun and Perished Miserably.”

Born in France to a French father and English mother, Belloc grew up to become one of England’s most prolific writers, author of more than 150 books, and by all accounts a warm-hearted, witty, confounding bundle of contradictions. Perhaps his mother, Bessie Rayner Parkes, deserved a cautionary tale: A writer and women’s rights activist, she was a voice for women’s suffrage. Belloc, at one point in his life, campaigned against women’s right to vote.

As our 2018 starts with chilly temperatures, this poem from Belloc won’t make you giggle or even lift your spirits. But reading it aloud will warm up voice and body.

It freezes - all across a soundless sky
The birds go home. The governing dark's begun:
The steadfast dark that waits not for a sun;
The ultimate dark wherein the race shall die.

Death, with his evil finger to his lip,
Leers in at human windows, turning spy
To learn the country where his rule shall lie
When he assumes perpetual generalship.

The undefeated enemy, the chill
That shall benumb the voiceful earth at last,
Is master of our moment, and has bound
The viewless wind it-self. There is no sound.
It freezes. Every friendly stream is fast.
It freezes; and the graven twigs are still.

For more on this man of contradictions and the enduring appeal of Cautionary Tales, see this article by Calvin Tomkins published in September in The New Yorker.

In the video below, Sir Peter Ustinov narrates a selection of the Tales, with illustrations by Edward Gorey: