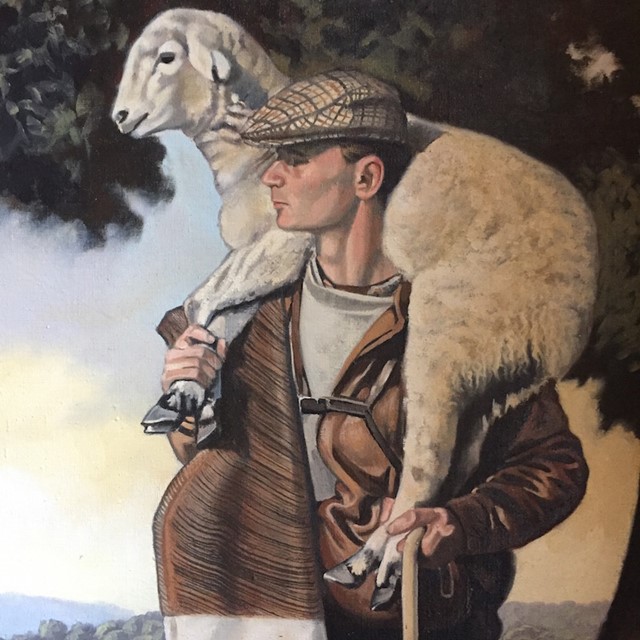 Above, The Shepherd by Claude Buckley, which hangs in our front parlor at The Buckley School.

For any speaker battling nerves, we know two sure ways to make progress: Care about your message more than yourself, and the more you bravely stand up to speak, the easier it gets.

Here's what we didn't know: Being a merino sheep judge offers the chance to do both.

We came across the story of a top finisher in New Zealand's national youth sheep judging competition. Here's what his hometown newspaper said about his experience:

Central Otago shepherd Will Stuart used to hate public speaking until he got involved with merino junior judging competitions.

The competition involved placing four merino sheep in order and then speaking about the reasons for the placings.

While people often thought the public-speaking part was the hardest bit, he had found it to be beneficial and he no longer got so nervous now that he knew what he was doing.

That bit of information got us wondering what this unusual-to-us twist on conquering public speaking nerves might look like.

And we discovered that youth sheep judges are themselves judged--on their ability to both determine the quality of merino sheep AND deliver their rationale for how they reached their conclusions.

In the competition video we watched, teens had a few minutes to gather information on each sheep, rank the sheep one to four, then in three minutes present their case for the ranking they'd decided to use. They were scored on public speaking skills, along with the accuracy of their assessment of the sheep.

Here's the full video if you want to hear how these smart young people approach the challenge: