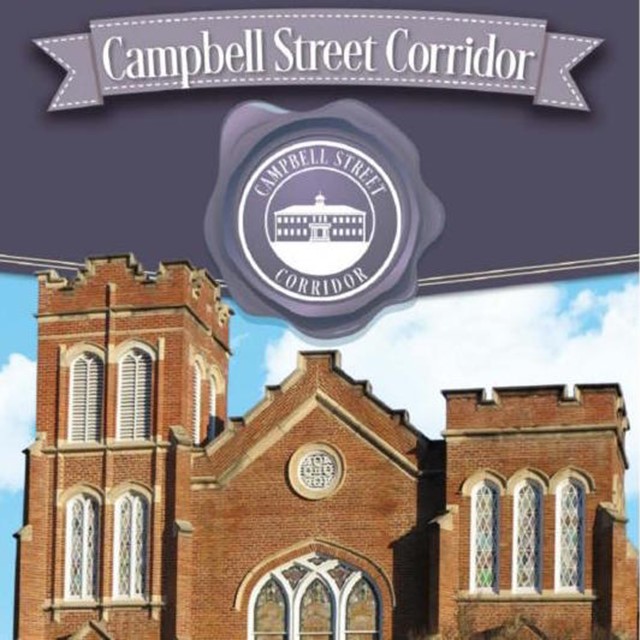 Most people coming to The Buckley School exit the interstate and take Broad Street straight through town to our driveway. But if you turn left where the sign directs you to Quaker Cemetery, then hang a right when that street dead ends, you’ll find yourself on Campbell Street—the main street of Camden’s African-American history.

A brochure and audio tour are two sources that are making the history of the street better known to a wider audience.

As you drive toward the center of town, you’ll see newly constructed apartments on the left. A metal arch is all that’s left of Mather Academy, once located at this site. A private boarding school on 27 acres, it was founded in 1887 to teach Camden’s African-American children. One of it's best known graduates is Congressman James Clyburn.

As you cross Dekalb Street, you’ll see Jackson School. The original Jackson School was a frame building built on Jackson Square in 1867, the first public school for African Americans in Camden. Farther along the street, are homes that were built by Camden’s prominent African-American leaders.

One of the most interesting is The Bonds Conway House built in 1812 by the first enslaved person in Camden to buy his freedom. Conway’s descendants moved to Campbell Street, but this first house is located at 811 Fair Street.

Another stop on your tour should be the newly opened African American Cultural Center, operated by the Camden Archives and Museum. Located in a two-room turn-of-the-century house on York Street, the museum will feature rotating exhibits. The first is about Camden native and major league baseball barrier breaker Larry Doby.

You can get a PDF of the brochure and map or use the interactive audio tour to learn more about African-American history sites on Campbell Street and around Camden.

Our current mayor, Alfred Mae Drakeford--the first African American to be elected mayor in Camden--sparked the effort to bring this information together. You can read more about that here.