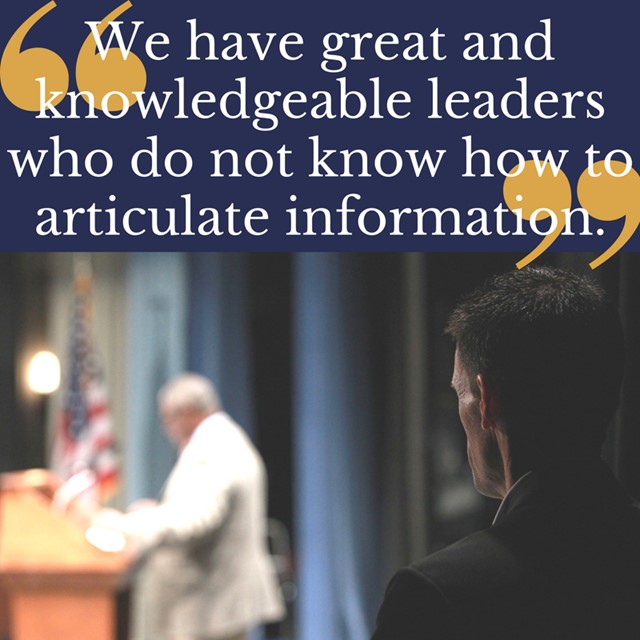 That was the headline of an article last week in Stars and Stripes.

The Army’s enlisted education system is placing a new emphasis on essay writing and public speaking.

Here’s what Sgt. Mason Carpenter of the South Carolina Army National Guard told Stars and Stripes about the program:

"Personally, I feel that public speaking should be one of the main focuses in BLC (Basic Leader Course). Every great leader has some form of speaking skills to move the masses in a desired direction. Many times, we have great and knowledgeable leaders who do not know how to articulate information.

It appears the courses themselves will set the example, by trading “sleep-inducing PowerPoint lectures for team exercises based on real-world scenarios.”

The Army has been working at reducing the use of PowerPoint and improving spoken and written communication for a while.

Back in 2010, The New York Times published, “We Have Met the Enemy and He is PowerPoint,” a story about a slide that had become a symbol for the Army’s PowerPoint problem.

General Stanley McChrstyal is supposed to have said upon seeing it: When we understand that slide, we'll have won the war.”

In that same article eight years ago, General H.R. McMaster expressed his even greater concern that bullet points allows presenters to avoid the hard work of analyzing and expressing complex information.“It’s dangerous because it can create the illusion of understanding and the illusion of control. Some problems in the world are not bullet-izable.”

The new enlisted education program replaces a 40-year-old curriculum. It will use online training modules and nix multiple choice exams for tests that require students to demonstrate their skills in writing and military briefings.