Can We Keep PowerPoint Under Control? 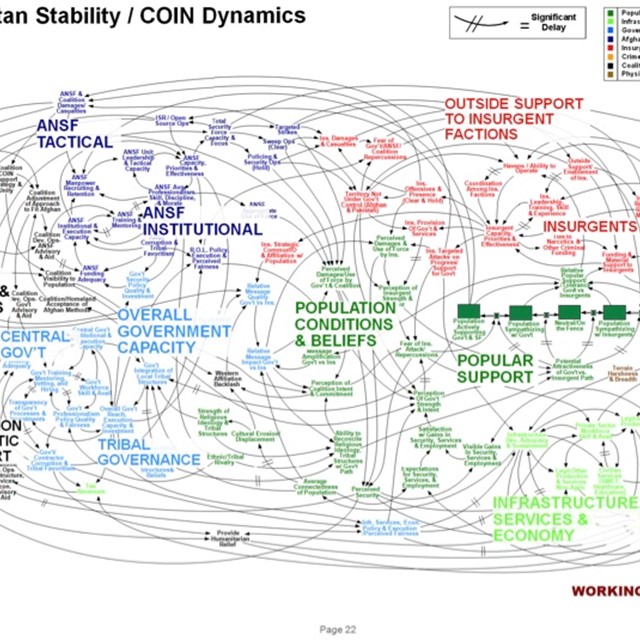 And while we expect our clients to use PowerPoint, we also urge them--all the time--to depend less on the slides and do more with delivery and a stronger message.

"PowerPoint makes us stupid." That's what Gen. James Mattis said at a military conference back in 2010. The New York Times wrote about his presentation in article on the use of PowerPoint in the military.

At that conference, Mattis (now U.S. Secretary of Defense) spoke without PowerPoint. No doubt to make a point. That it's possible to be more effective without it.

Military leaders had many of the same gripes we do. We like to point out: It's not the PowerPoint app that's at fault. It's the way people abuse it.

"Some problems in the world are not bullet-izable."

– Brig. Gen. H. R. McMaster, who banned PowerPoint, in an interview with The New York Times

When a speaker relies on PowerPoint as the foundation of a presentation, we see:

So how should you manage PowerPoint? Make a few rules for yourself and stick to them:

Make yourself, as the speaker, the star of the show. People come to hear what you have to say, not to read your slides. If they can read the slides and get it, they don't need to be there listening to you.

Keep slides simple. Fewer words, simpler graphs, less information per slide--all of these moves help keep the audience on the same track with the speaker.

Spend your time developing the message, not making slides. Figure out what you need to convey first--then decide if and how you can use PowerPoint to support that message.

Begin and end without it. Step forward and establish yourself and the value of your message with nothing more complicated than a title slide. Likewise, ditch the "thank you" slide and step forward to conclude your message without a slide that distracts.

We still reference that New York Times article in our classes, because it's a fascinating look at how the military has struggled to limit PowerPoint. You can find it here.