On This Day: Ain't I a Woman 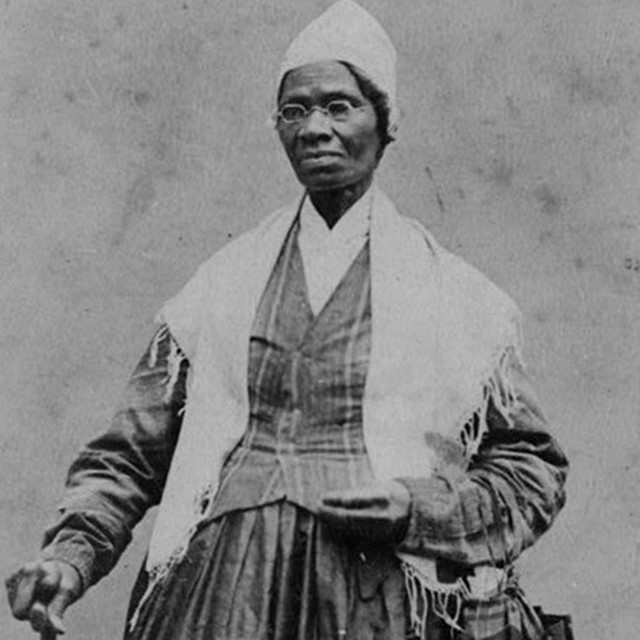 The church no longer stands in Akron, Ohio. But the building that replaced it bears her name. On May 29, 1851 at the Old Stone Church on High Street, Sojourner Truth gave a speech that has become one of the most quoted and best known in U.S. history.

It’s most famous line—"Ain’t I a woman"—was most likely not uttered by Truth. Yet that line and Truth herself, still inspire us 168 years later.

The woman who became Sojourner Truth

Born around 1797, Truth was given the name Isabella Baumfree. Her parents were enslaved. She was sold for the first time at age nine. Like many slaves in New York State, her parents were of Dutch-Afro ancestry. Her first language was Dutch and though young Isabella learned to speak English fluently, she never lost her Dutch accent.

Isabella Baumfree’s last owner, John Dumont, had promised to free her on July 4, 1826. When he refused to keep his agreement, she walked away to freedom.

In 1828, she moved to New York City, worked for a local minister, and discovered her talent and passion for speaking. In 1843, she said the Spirit was calling her to preach the truth, and she changed her name to Sojourner Truth.

"Those only can appreciate it who saw her powerful form, her whole-souled, earnest gesture, and listened to her strong and truthful tones."

The true story of her famous speech

Sojourner Truth delivered her speech at the Women’s Convention of Ohio. She was already known as a speaker, and she was a striking presence, being nearly six feet tall. That much historians appear to agree about.

But the words she spoke are still up for debate. Truth did not read and write, so she did not produce a written text. Her friend Marius Robinson printed the speech as he transcribed it, with Truth’s help, for the Anti-Slavery Bugle. That version was printed on June 21, 1851, a few weeks after the speech was delivered.

The famous version didn’t appear until 12 years later, in 1863, in a recounting by women’s rights activist Frances Dana Barker Gage. Gage inserts "A'rn’t I a woman" into her version of the speech and takes other liberties, presenting Truth’s dialect as Southern rather than Dutch-influenced. There are a number of other reasons to believe that Gage ventures farther from the true speech than Robinson, including the reference Truth supposedly makes to having birthed 13 children, when in fact Truth gave birth to five.

Why "Ain’t I a woman" resonates

While most historians believe the Robinson version is closer to the true speech given that day, "Ain’t I a woman" has become not only the title used to refer to the speech but a refrain that captures its spirit, still inspiring women's rights activists today.

You might wonder, as we did, why we latch onto those words. It could be the effect they create, similar to the way other great speeches have made indelible imprints through rhetorical techniques including repetition and enallage (the deliberate use of improper grammar to create an effect).

This reading of the 1863/Gage version by Alice Waters gives you an idea of the appeal of the phrase that probably never was:

What we can learn from Truth’s speaking style

While an accurate account of her words may elude us, accounts of her speaking style seem to mesh. Her techniques will serve you well today:

The Sojourner Truth Project does a head-to-head comparison of the two versions of the speech. Find that here.

Below, from The Sojourner Truth Project, hear the Marius Robinson version of her speech delivered by a speaker with a contemporary Dutch accent that may more closely reflect the speech as given by Truth on May 29, 1851: