On This Day: The Ballot or the Bullet 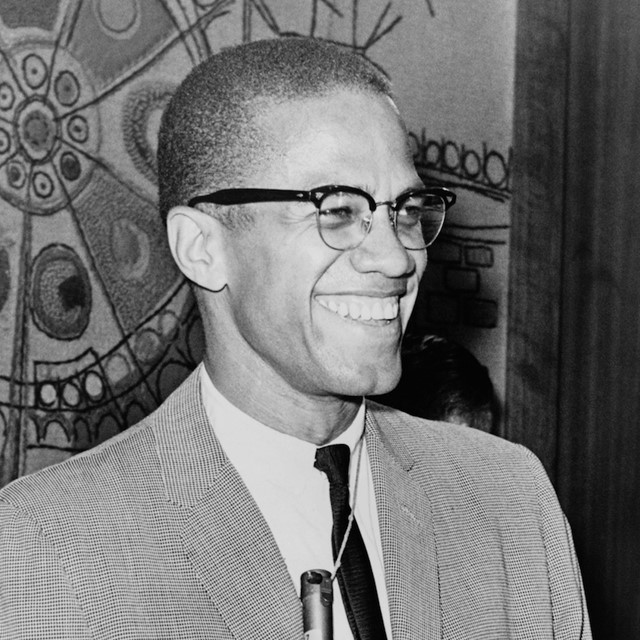 – Malcolm X in "The Ballot or The Bullet"

The speech ranks seventh on the list of 100 great American speeches of the 20th century, as determined by leading scholars of rhetoric.

The man who delivered that speech on April 12, 1964, was only 38 years old. Less than a year later, he would be assassinated.

Malcolm X delivered "The Ballot or the Bullet" to an audience of 2,000 assembled at King Solomon Baptist Church in Detroit. It was the second time in ten days he’d given the speech, having first presented it on April 3 in Cleveland.

As an indication of how controversial Malcolm X’s separatists views were at the time, a group of African-American ministers in Detroit had tried to block him from using the church for his speech.

In his column "Do Better," Lincoln Anthony Blades writes about the importance of historical context for appreciating the speech:

Black activists believed that the segregationist governor of Alabama, George Wallace, deserved some blame for the little girls’ deaths, as just one week before the bombing he told a New York Times reporter that the country needed “a few first-class funerals” suggesting that was the solution to stopping integration. At the time of Malcolm’s speech, George Wallace was running against Lyndon Johnson in the Democratic primary.

What Malcolm advocated in his speech was an approach to politics centered on using the ballot as a weapon, like a bullet, to achieve systemic change.

Like American Revolutionary War figure Patrick Henry, Malcolm X reduced his message to a simple, stark, and memorable choice. Malcolm X references Henry specifically in the speech, talking about the power of voters to create a non-violent revolution:

I went to a white school over here in Mason, Michigan. The white man made the mistake of letting me read his history books. He made the mistake of teaching me that Patrick Henry was a patriot, and George Washington – wasn't nothing non-violent about ol' Pat, or George Washington. "Liberty or death" is was what brought about the freedom of whites in this country from the English.

This is why I say it's the ballot or the bullet. It's liberty or it's death. It's freedom for everybody or freedom for nobody. A revolution is bloody, but America is in a unique position. She's the only country in history in the position actually to become involved in a bloodless revolution. All she's got to do is give the Black man in this country everything that's due him. Everything.

In the speech, you can identify and be inspired for your own speaking by a host of techniques Malcolm X deploys skillfully, including:

While Martin Luther King, Jr. is widely admired for his gifts as a speaker, Gwen Thompkins makes the case for why Malcolm X deserves more acclaim. In a story for NPR, she considers how that speaker came to be:

He was one of the all-time great public speakers. And while Malcolm X may have had a natural leaning toward dramatic interpretation, for him public speaking was a learned skill. At the age of 21, he was a middle school dropout and prison inmate who, "didn't know a verb from a house."

In "The Ballot or the Bullet," Malcolm X intentionally appealed to the broader Black community because he knew, just as many African-Americans knew, that they were catching hell based on the color of their skin more than any other identity that defined them. The brilliance of the speech is how Malcolm managed to speak to the soul of the community in a manner that was specific enough to profoundly resonate, yet broad enough not to alienate.

You’ll find more about Malcolm X, background on that speech, plus the full text of it here.

You can watch an annotated version of the speech and listen to Malcolm X deliver "The Ballot or the Bullet" here.

To see how Malcolm X delivered his speeches and fully appreciate his talent, watch the video below, from the Oxford Union Debate on December 6, 1964.