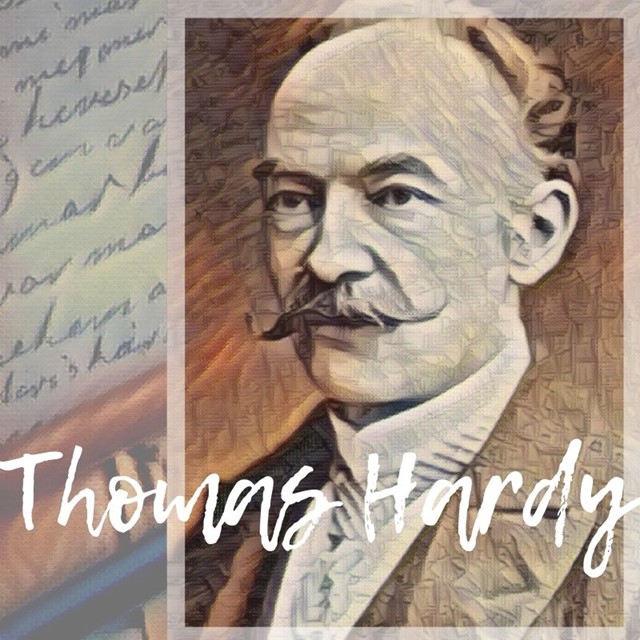 "Yes, quaint and curious war is! You shoot a fellow down you'd treat if met where any bar is, or help to half-a-crown."

– from Hardy's poem "The Man He Killed"

Though he initially won fame as a novelist, Thomas Hardy saw himself as a poet first. When World War I broke out toward the end of Hardy's life, he was horrified to see, as he wrote, "the world, having like a spider climbed to a certain height, seems slipping back to what it was long ago."

A number of his poems mourn the loss of life and commonalities of the soldiers who find themselves killing each other. Below, one of those poems, first published in 1916, for you to read aloud.

Before Marching, and After

Where the starved Egdon pine-trees had thinned,

The Pleiads aloft seemed to pant

With the heather that twitched in the wind;

But he looked on indifferent to sights such as these,

And wondered to what he would march on the morrow.

The crazed household clock with its whirr

Rang midnight within as he stood,

He heard the low sighing of her

Who had striven from his birth for his good;

But he still only asked the spring starlight, the breeze,

What great thing or small thing his history would borrow

From that Game with Death he would play on the morrow.

When the heath wore the robe of late summer,

And the fuchsia-bells, hot in the sun,

Hung red by the door, a quick comer

Brought tidings that marching was done

For him who had joined in that game overseas

Where Death stood to win; though his memory would borrow

A brightness therefrom not to die on the morrow.