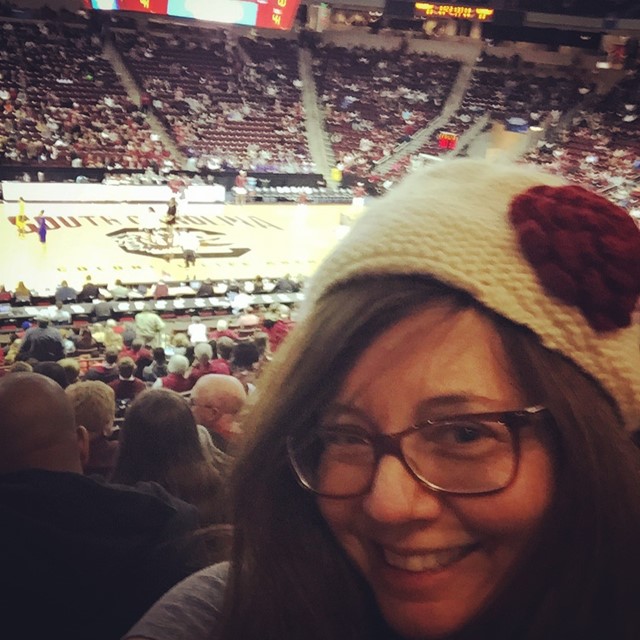 Aristotle and Seneca had something to say about genius and madness--and the poor fellows didn't even have the genius that is March Madness to inspire them.

And then, there's our Jenny Maxwell who is especially excited. She's a mentor with the University of South Carolina women's basketball team, so she's more than a fan. She's watching students she knows personally play their hearts out.

But there's more. Here's a clip from University of Connecticut coach Geno Auriemma that's gone viral. While others noted his comments on attitude, we zeroed in on his observations about body language.

And we're still chuckling at this great example of using descriptive gestures to handle a goofy question, from last March courtesy of Taurean Prince.

Finally, here's a podcast produced by Jenny that describe the ups and downs of her basketball fandom, created recently for a class hosted by the Nickelodeon Theater in Columbia, S.C.: