How to Handle Questions Designed to Make You Look Bad 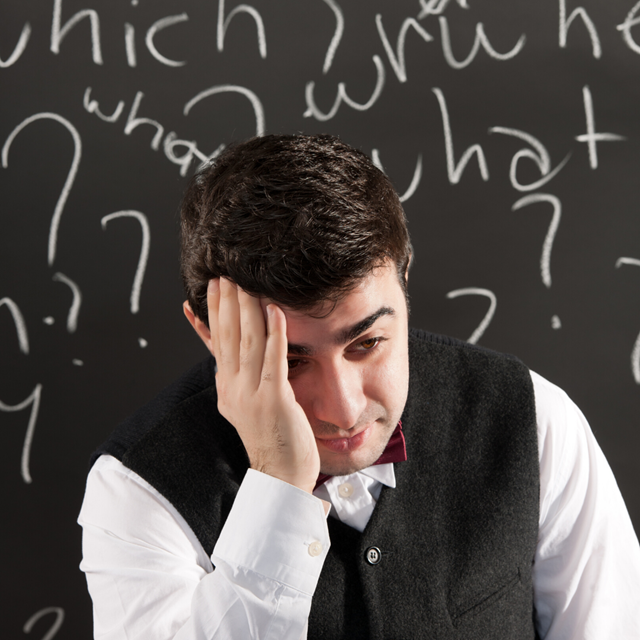 "Audiences want you to succeed," we tell our students at The Buckley School. And generally, that is true. No one enjoys watching a speaker suffer with nerves or struggle to deliver their material.

Most of us have been in business situations where someone opposed our ideas—or maybe worse, just took a dislike to us. We've all presented to skeptics, tough critics, and the dreaded "devil’s advocate."

Often, these sorts are not asking questions to gain a better understanding of your proposal. So, how do you handle challenges designed to make you or your ideas look bad?

In her testimony before members of Congress, Fiona Hill impressed with her ability to do just that. Here are some of the things she did that you can do, too:

Keep control of yourself

As we read stories about Hill's testimony, it's easy to see what struck people the most: her overall demeanor. She came off as intelligent, assertive, and confident in her message. Her facial expressions, vocal tones, body language and rate of speech helped create this impression. She seemed passionate, ready to defend her points, yet composed under fire.

You can apply the same techniques in conference room presentations. Making simple choices such as sitting forward in your chair can signal your confidence. Keeping a steady tone and pleasant facial expressions help you appear composed—leaving people with the overall impression that you are prepared, no matter what is thrown your way.

Hill knew she'd be facing people who wanted to challenge her message. In her opening statement, she set the stage for her position and reminded her audience of a higher calling, saying:

Russia's security services and their proxies have geared up to repeat their interference in the 2020 election. We are running out of time to stop them. In the course of this investigation, I would ask that you please not promote politically driven falsehoods that so clearly advance Russian interests.

In a business situation, you can do the same by identifying the naysayers in the room and reminding everyone of the purpose behind your proposal.

For example, you might say, "I know some people here still object to this product launch, but the company has determined we should move forward. Let's not spend time today rehashing that decision but instead look at how we're going to make it happen…"

Then, when those who object try to derail the conversation, others will help you identify that it's going on—and potentially help you shut down that line of questioning.

Bring the details and your expertise

While presentation and tactics are important, it's also hard to beat someone who brings the substance. Hill certainly did that. Not only was she a subject matter expert, she also told stories with details that made her recollections credible.

Anticipating the questions you'll get and being prepared to answer them will help. It's also a good idea to find out who will be in the room and what their potential objections may be, so that you can know how to counter.

You might even think about meeting one-on-one with those who object, in advance, to understand their position and see if you can get them to understand yours—before you have your disagreements play out in front of an audience.

Those who disagree with you may try to paint your position, the problems with your project, or even your attitude using a broad brush. Don't be shy about clarifying and making important distinctions.

Here's one example of how Hill did that, as described by columnist John Cassidy in The New Yorker:

Under questioning from Steve Castor, the Republican staff counsel, Hill recalled how, before she left the White House, on July 19th, she had "a couple of testy encounters" with Sondland…. Having watched Sondland testify to the committee about his contacts with Trump and other senior members of the Administration, she said, she now felt very differently about Sondland's attitude and his behavior. "He was absolutely right," she said. "Because he was being involved in a domestic political errand and we were being involved in national-security foreign policy, and those two things had just diverged. So he was correct. I had not put my finger on that at the moment, but I was irritated with him and angry with him that he wasn’t fully coordinating. And I did say to him, 'Ambassador Sondland, Gordon, I think this is also going to blow up.' And here we are."

Don’t be afraid to push back

Hill experienced what many of us face at work: People who dismiss our ideas and us, and people who are not asking a question at all but making a statement.

Here’s what Cassidy writes about Hill's approach to those who went on the offensive:

When two Republican congressmen—Mike Turner and John Ratcliffe—left the hearing room immediately after making some dismissive comments about her testimony, she didn't hesitate to rebuke them.

At work, you should correct what's factually wrong but you can also point out when you feel a characterization by someone else isn't fair—or doesn't line up with your view.

You'll want to tread carefully when you're doing this with the boss or a client. It's smart to be careful even when the naysayer is a peer. Embarrassing the person who's trying to embarrass you may do you harm. For example, saying "Is there a question?" is not likely to make the person speaking have warm feelings toward you.

Instead, aim to correct with respect, even if the other person is being less-than-respectful. One approach can be asking a question or making a clarifying statement, in order to understand where they're coming from or why they hold that belief.

Learn from your experiences

"I spent much of my career in politics. I've never seen anyone like Fiona Hill," wrote MSNBC host Nicolle Wallace, who was President George W. Bush's communications director.

If you're tempted to believe Hill has supernatural skills you can't develop, take a look at how Hill herself described her early abilities to handle questions:

"I applied to Oxford in the '80s and was invited to an interview. It was like a scene from Billy Elliot. People were making fun of me for my accent and the way I was dressed. It was the most embarrassing, awful experience I had ever had in my life."

Though some have more natural ability to handle confrontation than others, no one expects every difficult situation will work out in their favor. You may leave a contentious meeting feeling defeated, wondering what went wrong. Use it as a time to reflect, get feedback, and learn.