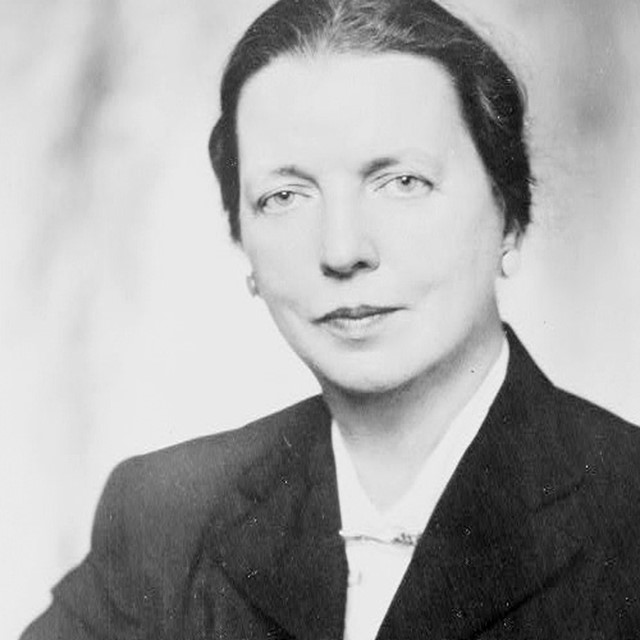 The Buckley School's founder believed that all public speakers should hone their presentation skills by reading poetry out loud. We keep that worthwhile practice alive by including a poem in our magazine each month for you to read aloud. Above, a photograph of Louise Bogan from the Library of Congress.

"No more pronouncements on lousy verse. No more hidden competition. No more struggling not to be a square."

– Louise Bogan, on her retirement as poetry reviewer for "The New Yorker"

Born in Maine in 1897, Louise Bogan was a poet, novelist, and critic. She was the first woman to be appointed Poet Laureate to the Library of Congress. She published her first of six book of poems in 1923. She worked as the poetry reviewer for The New Yorker for nearly 40 years.

Bogan's childhood in New England is said to have influenced many of the themes that recur in her poems. Her family moved frequently as her father, a millworker, sought jobs. Her mother was mentally unstable, engaging in very public extramarital affairs and frequently disappearing, leaving her family to wonder where she was.

Still a teenager when she married her first husband, Bogan was left with a young daughter to bring up on her own when he died in 1920. Bogan moved to New York to pursue a career as a writer, making connections with other influential writers of the early 20th century and eventually marrying poet Raymond Holden.

Bogan explored personal and emotional issues in her poems, choosing to write formal verse at time that Ezra Pound and others were pushing against the limits of meter and rhyme. Critic Brett C. Miller has called her "one of the finest lyric poets America has produced," but he also wrote "the fact that she was a woman and that she defended formal, lyric poetry in an age of expansive experimentation made evaluation of her work, until quite recently, somewhat condescending."

Below, one of her poems for you to read aloud.

You have put your two hands upon me, and your mouth,

You have said my name as a prayer.

Here where trees are planted by the water

I have watched your eyes, cleansed from regret,

And your lips, closed over all that love cannot say,

My mother remembers the agony of her womb

And long years that seemed to promise more than this.

She says, "You do not love me,

You do not want me,

You will go away."

In the country whereto I go

I shall not see the face of my friend

Nor her hair the color of sunburnt grasses;

Together we shall not find

The land on whose hills bends the new moon

In air traversed of birds.

What have I thought of love?

I have said, "It is beauty and sorrow."

I have thought that it would bring me lost delights, and splendor

But there is only the evening here,

And the sound of willows

Now and again dipping their long oval leaves in the water.

Hear more of Bogan's life story and listen to her read her work in this podcast from Poetry Foundation.