Public Speaking Fears: Write It or Wing It? 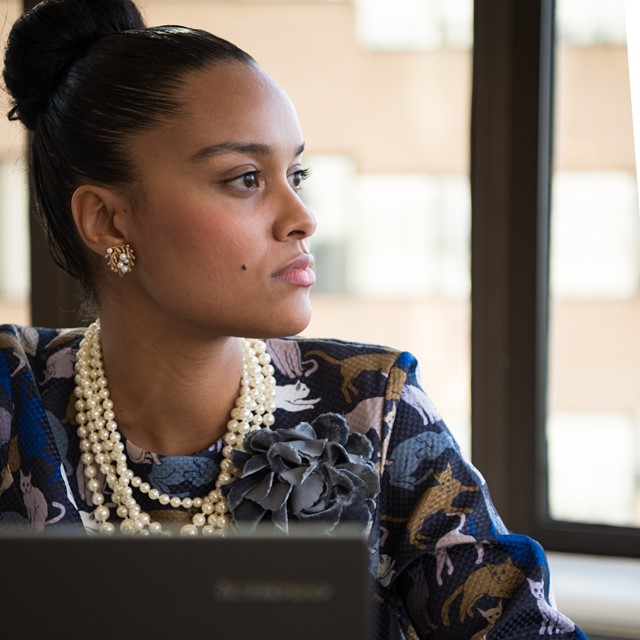 "Fear keeps steady company with the performing arts," writes Buckley School founder Reid Buckley in his book "Strictly Speaking." We’re publishing a series of excerpts from that book on how to manage public speaking nerves, stage fright, and presentation panic.

"Though you may have so diligently rehearsed your text that you need scarcely glance at it, it is nevertheless there in black and white."

– Reid Buckley on the advantages of a scripted speech

Don’t Permit Fear to Topple You

Write your entire speech down, word for word

Geniuses prefer to wing it. Let them. I guess I've never met a genius on stage. I have met a lot of folk with a natural gift for gab--slick folk, usually superficial folk, and often perniciously arrogant folk--who prefer to improvise their talks as they go along. Do not emulate them.

Generally, these free spirits resist cementing their text in a written version because they are a) intellectually lazy and do not enjoy the labor or b) vain and resist exposing the shallowness of their thoughts to scrutiny. So they set down a few cryptic, compact headlines and subheads, from which they "wing it."

They can be brilliant on occasion, oh yes! When inspired. When everything conspires to go just right. But they won't always be brilliant, nor brilliant when obliged to perform day after day, night after night. More often, they will be erratic and (this follows certainly) verbose, taking too long to utter simple things.

"Geniuses prefer to wing it. Let them. I guess I've never met a genius on stage."

Here's the progression. The first time they articulate a particular point, they may do it commendably; the second time, wonderfully. How pleased they are with themselves. (How truly superior they have shown themselves to be.

By the third go, they've become captives of their conceit. They needlessly elaborate, embroidering: they use too many words and too many subordinate clauses to get across what the, in the balance, may not be that important, their syntactical constructions becoming more and more convoluted as they wander further and further from the grain.

Their parts wax greater than their whole; the drift is obscured. What they are getting at, if ever they get to it, arrives as an anticlimax, as though yanked in at the last moment.

I've witnessed this transmogrification in speeches of the high corporate officers and the highest public officials over and over again. Arrogance is their trademark.

Permit them to disdain your pedestrian talent as you laboriously peck out your text. When you have written it down, you'll be economical and say in half the words what it takes them twice the words to say, and you will never flounder, never take a wrong turn along the path of your reasoning, never lose track of where you are or where you must go next.

You will never suffer that terrible anguish of the mind drawing a blank, the very pit of panic, for though you may have so diligently rehearsed your text that you need scarcely glance at it, it is nevertheless there in black and white (and in multi-colored ribbons of fluorescent highlighting) for you to pick up on.