Rhetorical Device of the Month: Paralipsis 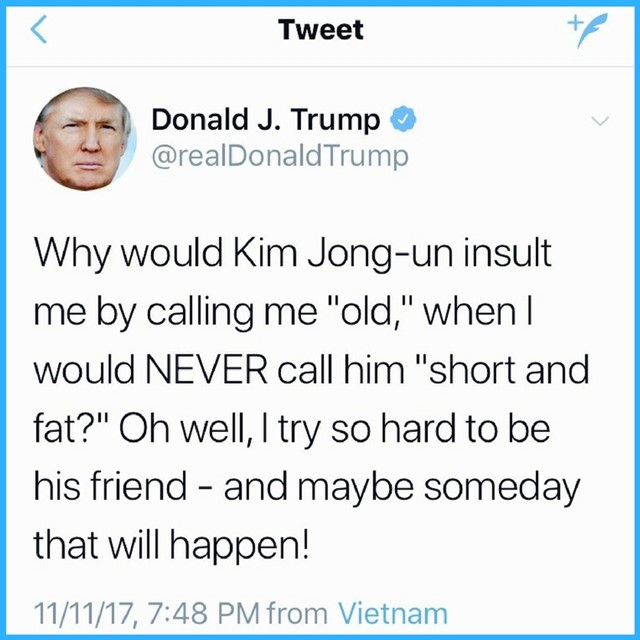 "I've never seen anyone in public life use paralipsis the way he does."

– A political discourse expert on the paralipsing of U.S. President Donald Trump

Paralipsis--a rhetorical ploy also called apophasis, praeteritio and preteritio--is when a speaker talks about a subject by denying that he or she is talking about it.

In his book Thank You for Arguing, Jay Heinrichs calls it the "not-to-mention figure." He writes:

As in, “Not to mention the fact that you snore like a buzz saw…” it makes you sound fairer than you are.

If that sounds confusing, look no further than the current president of the United States on any given day to see how it’s done.

Speaking at a rally, of primary opponent Marco Rubio he said this:

Why would Kim Jong-un insult me by calling me "old," when I would NEVER call him "short and fat?"

A Texas A&M University expert on political discourse, Dr. Jennifer Mercieca, shared with CNN her observations on Trump’s use of paralipsis:

"I've never seen anyone in public life use paralipsis the way he does. It allows him to recirculate information without being held accountable for it."

So, the next time you hear yourself saying:

In the video below, zip ahead to Tip #2 to see Trump using paralipsis in his public speaking, with commentary by Dr. Mercieca: