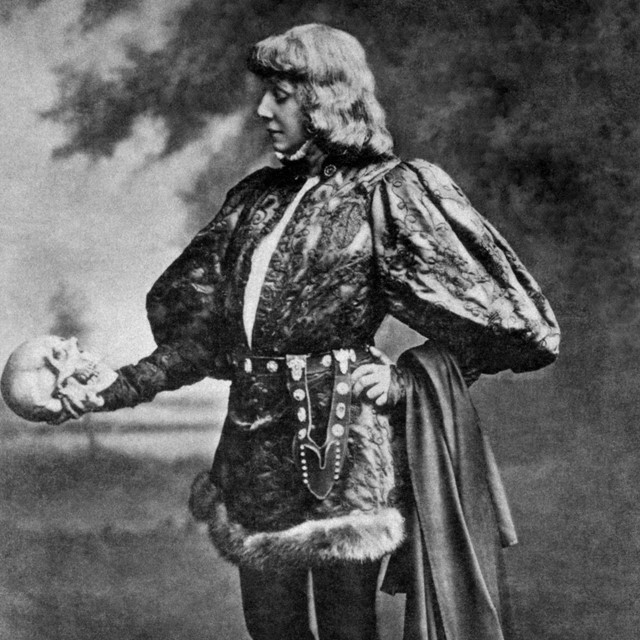 Thirty years ago, The Buckley School launched its flagship program and our founder Reid Buckley published his first book on public speaking. To mark the anniversary this year, we’ll be featuring instructional excerpts from that book—"Speaking in Public: Buckley’s Techniques for Winning Arguments and Getting Your Point Across"—sometimes edited or augmented with a few of our notes on his words. Above, Sarah Bernhardt as Hamlet, demonstrating those actorly skills of passion and detachment.

"You must be like the actor: at one and the same time, the passionate Hamlet, son of the foully murdered king, and the cold, skilled professional who is playing Hamlet."

– Reid Buckley, on how to keep your cool when faced with a tough audience

From Chapter 10:
Into the Tank My Bullies! A Grab Bag of Useful Tips

Never permit hostility to unnerve you.

Without sacrificing dynamism and sincerity, learn the trick of abstracting yourself from what you are doing.

You must be like the actor: At one and the same time, the passionate Hamlet, son of the foully murdered king, and the cold, skilled professional who is playing Hamlet.

Speak to them one by one

Mark Twain’s idea of concentrating his fire on the person in the audience who seemed to be the most implacable is a good tip. Practice individualizing your audience.

If you happen to catch that sweet old lady in her fresh perm beaming with grandmotherly approval at what you are saying, beam right back at her. You will have won a favorable opinion that by contagion spreads.

If you spot somebody frowning in concentration, as though finding what you say difficult to comprehend, focus your attention on that person while you explain once again, slowly and carefully—intimately for his or her special attention—what it is you mean; you will be explaining yourself to many others, and your extra effort will be appreciated.

Should you spot somebody who unmistakably evidences hostility, lifting his lip in a sneer, or yawning ostentatiously, or even making a great show of laughing at you, don’t let him get your goat, which is what he dearly desires. Goodness, no.

This is the time for a self-deprecatory comment, or a quip. Or simply shrug.

“I sometimes find this as hard to believe as at least one of you in the audience, apparently,” you might observe, with an easy confidential smile. “Believe me, I’ve been there. It took an accumulation of evidence I simply could not ignore to convince me that thus-and-so is the case.”

Having served up this graceful concession to skepticism:

Oblige him to acknowledge your sincerity and conviction; and if he is so ideologically congealed that your arguments do not win him over, or at minimum gain his respect, you will have wiped the sneer of his face.

If failing even that, you will have so charged your remarks with intellectual passion that the majority of the audience is almost sure to be swept along.