Susan B. Anthony: On Women's Right to Vote 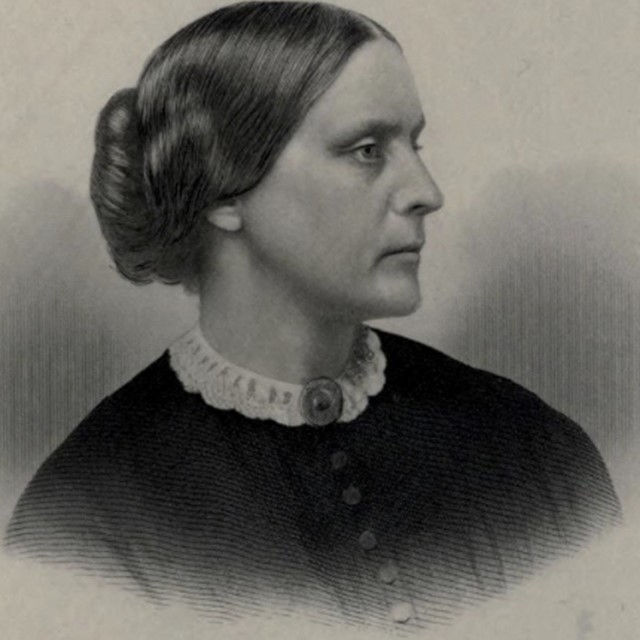 "Friends and fellow citizens: I stand before you tonight under indictment for the alleged crime of having voted at the last presidential election, without having a lawful right to vote."

– Opening line of Susan B. Anthony's speech "On Women's Right To Vote"

Despite a lifetime devoted to advancing women's rights - and particularly women's right to vote - Susan B. Anthony didn't live to see the 19th amendment ratified. She died 14 years before its passage in 1920.

Anthony pushed for equality on many fronts, including women's access to the podium. In 1853, she showed up to speak at the New York Teachers' Association to advocate for equal pay. A group of men debated for a half hour about whether it was proper for a woman to speak in public.

Anthony wound up earning her living as a public speaker, traveling the U.S. and delivering as many as 100 speeches a year. She frequently collaborated on the text of her speeches with Elizabeth Cady Stanton. Stanton once said, "I forged the thunderbolts, she fired them."

In 1872, Anthony was arrested for voting in her hometown of Rochester, N.Y. The speech she gave after her arrest, "On Women's Right to Vote," is widely regarded as one of her best--as well as one of the finest speeches in American history. Time magazine named it one of the ten best speeches of all time.

Anthony used an approach similar to her friend, the brilliant orator Frederick Douglass, who challenged the nation's failure to extend its vaunted freedoms to Black citizens.

Of women and voting, Anthony said in her speech:

It was we, the people; not we, the white male citizens; nor yet we, the male citizens; but we, the whole people, who formed the Union. And we formed it, not to give the blessings of liberty, but to secure them; not to the half of ourselves and the half of our posterity, but to the whole people - women as well as men. And it is a downright mockery to talk to women of their enjoyment of the blessings of liberty while they are denied the use of the only means of securing them provided by this democratic-republican government - the ballot.

For any state to make sex a qualification that must ever result in the disfranchisement of one entire half of the people, is to pass a bill of attainder, or, an ex post facto law, and is therefore a violation of the supreme law of the land. By it the blessings of liberty are forever withheld from women and their female posterity.

For an analysis of the speech, see this article from The Eloquent Woman.

Find more inspiration from another powerful female speaker who asked "Ain't I a Woman," Sojourner Truth.

For a look at how another suffragist spoke for women's rights, using humor, see this article about the speech "Should Men Vote?"