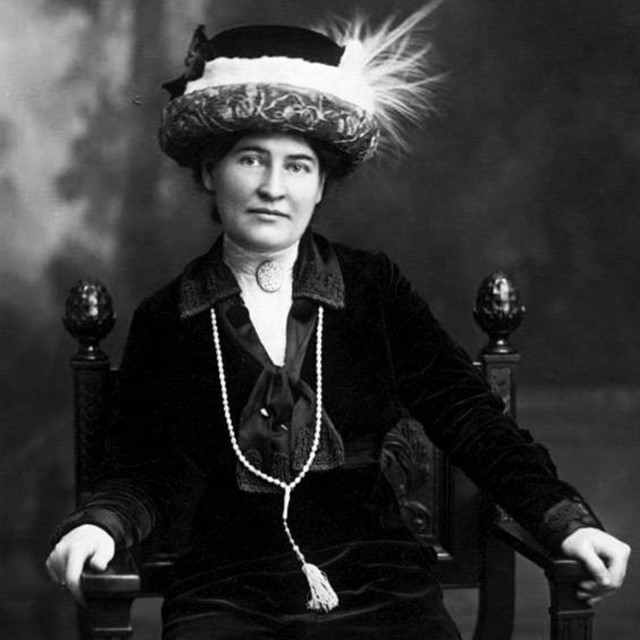 "No romantic novel ever written in America, by man or woman, is half so beautiful as 'My Ántonia'."

Willa Cather is best known as a novelist. She is the author of 20 books including My Ántonia and Death Comes to the Archbishop. But her first book was a collection of poems, April Twilights, published in 1903.

Born in Virginia in 1873, Cather moved to Nebraska when she was nine, grew up in the town of Red Cloud, and attended the University of Nebraska in Lincoln.

After college, she moved back east to pursue a career as a journalist, ultimately working for McClure’s Magazine. In 1911, she left her job as managing editor of the magazine to devote herself to creative writing full time.

During her successful career as a novelist, Cather was sometimes criticized for being out of touch with modern times. Yet her life and the themes of her novels seem relevant today: Cather resisted being categorized in any way based on gender, and she was deeply interested in writing about the immigrant experience.

Cather was honored for her work with prestigious awards, including a Pulitzer Prize. My Ántonia, in fact, was a nominee for the first-ever Pulitzer for fiction, but Cather didn’t win that year. She received her Pulitzer for a later novel, One of Ours.

Here's a Cather poem about one of her favorite subjects for you to read aloud.

Evening and the flat land,
Rich and sombre and always silent;
The miles of fresh-plowed soil,
Heavy and black, full of strength and harshness;
The growing wheat, the growing weeds,
The toiling horses, the tired men;
The long empty roads,
Sullen fires of sunset, fading,
The eternal, unresponsive sky.
Against all this, Youth,
Flaming like the wild roses,
Singing like the larks over the plowed fields,
Flashing like a star out of the twilight;
Youth with its insupportable sweetness,
Its fierce necessity,
Its sharp desire,
Singing and singing,
Out of the lips of silence,
Out of the earthy dusk.

A private person, Cather was thought to have burned her letters and other private writing. But that turned out not to be the case, and The Selected Letters of Willa Cather was published in 2013.

If you’re curious to learn more about the writer, you might like the Nebraska public television documentary, below, inspired by her letters.