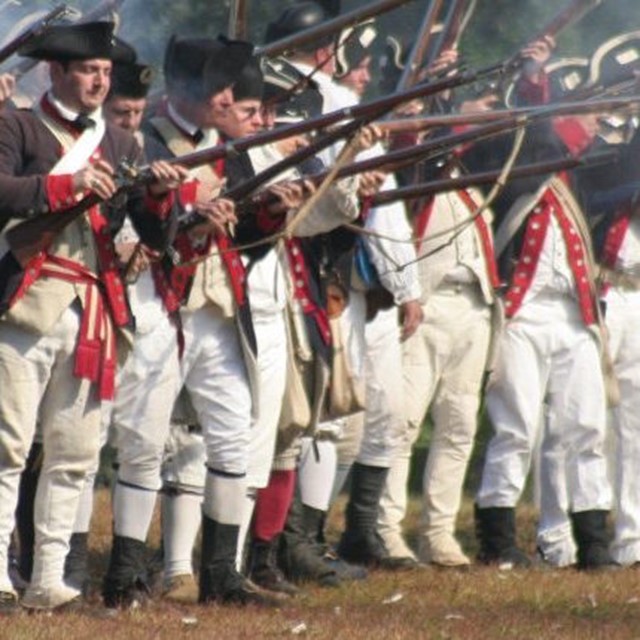 “This battle was over before it began.”

That’s the assessment of Mel Gibson’s character Benjamin Martin in the movie The Patriot, commenting on the defeat of Continental soldiers at the Battle of Camden.

When General Horatio Gates led the battle against the British here on August 16, 1780, his soldiers were weak from dysentery, facing trained Redcoats, and significantly out-armed. Nearly 2,000 Patriots were either killed or taken prisoner.

Buckley School students often know something of Camden and Cornwallis from The Patriot, and we host our Executive Seminar banquet on the site occupied by Lord Cornwallis.

An Outdoor Museum of Colonial Camden

One of the best sources for the full story is Historic Camden’s Revolutionary War Park. The site was added to the National Register of Historic Places on July 29, 1969.

For visitors to Camden, the obvious stop is just off Interstate 20, where the original town site has been preserved. That museum includes five historic buildings and a reconstruction of Joseph Kershaw’s house that became headquarters for Lord Cornwallis and the British military.

Where the Battles Really Took Place

The British occupied Camden for 11 months and fought two battles here—the Battle of Camden was the first, the Battle of Hobkirk’s Hill was the second.

You’ll find maps and markers to help you locate the sites of both. On 450 acres at the edge of town (a 12 minute drive from the school) is where the Battle of Camden was fought. That land was recently secured by Historic Camden. In 1780, it was a longleaf pine forest. Work has begun to restore longleaf pines there.

The Battle of Hobkirk’s Hill site is closer to the center of Camden, now a residential area near the intersection of Kirkwood and Broad streets. Though the British also won this battle on April 25, 1781, they took heavy losses and withdrew from Camden in early May. Andrew Jackson, then a teenaged boy, witnessed this battle. He was being held by the British in Camden as a prisoner of war.

And the Hollywood Version

Here’s the scene from The Patriot that references the Battle of Camden: