Descriptive Gestures and the Next U.S. President 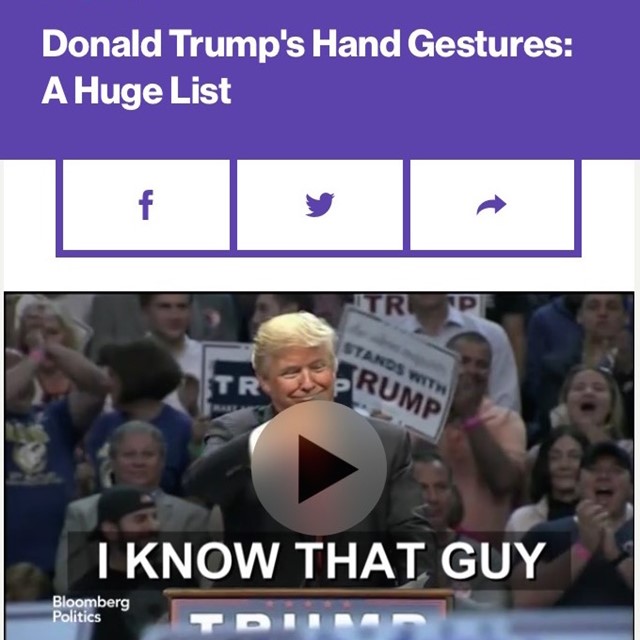 "Far be it from us to question the strength of Donald Trump's mighty hands."

Even if you're happy to see the presidential campaign season end, you may still want to watch this campaign speech. Bloomberg Politics edited a video compiling Donald Trump's gestures from a political rally in Buffalo.

Bloomberg documented 73 different gestures including "bunny hands," the "I know you" point, and the "whoop-dee-doo."

As Buckley alumni will tell you, the school's coaches are yooge fans of descriptive gestures. At the same time, faculty also caution against using so many that you appear to be a flight attendant showing the emergency exits.

Trump's gestures are out of context in this video, of course. But what do you think when you see his speeches in full? Does he use too many? And do your expectations for gestures change once he becomes president?