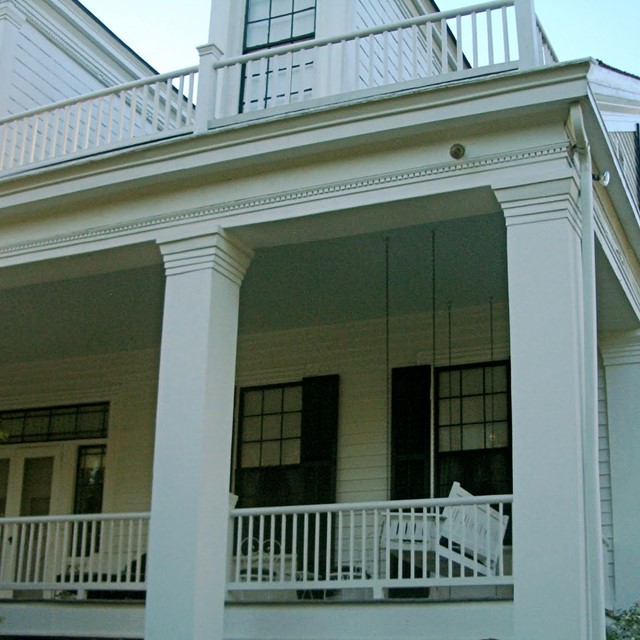 “Jell-O, of course, is the house dessert.”

It may or may not be America's most famous dessert these days, but it's hard to imagine a Southern congealed salad without it. And J-E-L-L-O has a special connection to Camden and our Buckley school Executive Seminar.

Jell-O Company president and majority owner, Ernest Woodward, lived in Camden and helped shape the town. He purchased the land for Springdale Race Course and donated the land for the town’s airport, Woodward Field.

He also once owned the home that now belongs to Buckley seminar coordinator Pam Schreiner. Pam and her husband Ben bought Holly Hedge in 2006. The house, built in 1838, was purchased by Woodward in 1926. He owned Holly Hedge until 1944, when he sold it to Marion duPont Scott.

Pam and Ben give Buckley students a chance to see this gem of a place, hosting students for dinner at Holly Hedge during our Executive Seminars.

"We were briefly told about the Jell-O connection when we bought the house,” Pam says, “but it didn’t sink in until later." Not only did Woodward's money help build the race course and airport, but Pam says she's also learned that he donated funds for Camden’s railroad station and Woodward Park.

During an airshow at Woodward Airport, one contest involved having the pilot land the plane, run to a table and eat a bowl of Jell-O, run back to the plane and take off.

Ernest Woodward's father originally bought the formula and patent for Jell-O from his neighbors in Leroy, N.Y. (Ernest's father was named Orator Woodward, making our Buckley School Jell-O connection just that much sweeter.)

March 1993: Technicians at St. Jerome Hospital tested Jell-O with an EEG machine, confirming Dr. Adrian Upton's finding that a bowl of wiggly Jell-O has brain waves identical to those of adult humans.

National Jell-O week is celebrated the second full week of February, but feel free to celebrate any time with a dish of the jiggly stuff--or perhaps a Jell-O shot if you're over 21.

For more on Jell-O's history, try this and this. And for a little more of Marion DuPont and Holly Hedge's history, there's this.