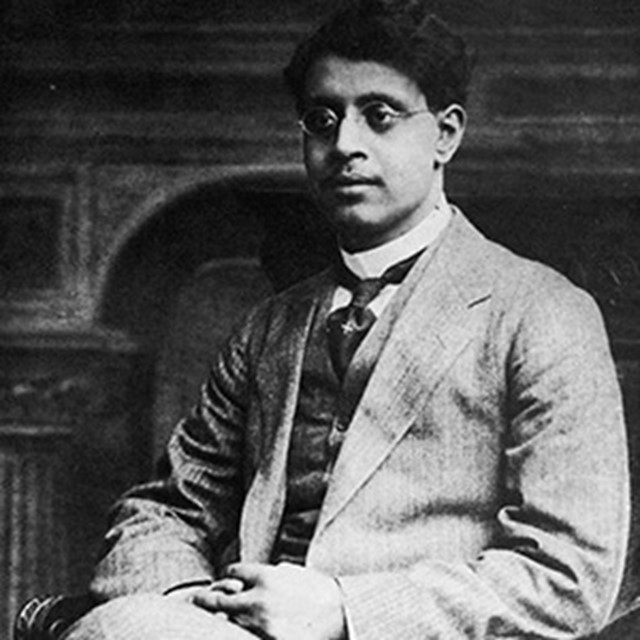 The Buckley School's founder believed all public speakers should hone their presentation skills by reading poetry out loud. We keep that worthwhile practice alive by including a poem in our magazine each month for you to read aloud. Pictured above, poet Sukumar Ray.

"Ray's writing seems to be created for children but underlying the simplicity and humour of his language lies a powerful social commentary and satire."

The son of a prominent writer and publisher, Sukumar Ray was born in 1887 in Calcutta, British India. He grew up during the Bengal Renaissance, surrounded by artists and encouraged to write from an early age.

Among his father's work was the creation of India's beloved children's magazine, Sandesh, in 1913. Ray took over the publication of Sandesh when his father died in 1915.

Ray's nonsense style of poetry reminds some of Lewis Carroll. Writing about Ray for India Today, Roshni Chakrabarty credits Ray as the father of India's graphic novels--because he often drew cartoons to accompany his poems:

Though Ray's father, Upendra Kishore, also used illustrations accompanying his compositions written for children, it was Sukumar Ray who was India's first poet to use illustrations as such an important part of his work. He had a keen eye for caricature, expressions, actions, proportions and human anatomy.

Ray wrote many poems, including 45 limericks that make up the book Abol Tabol (The Weird and the Absurd) which was published in 1923. Chakrabarty describes Ray's poems:

Ray's writing seems to be created for children but underlying the simplicity and humour of his language lies a powerful social commentary and satire. He wrote about common people doing everyday things and showed how the human psyche worked in various situations. His works give a clear picture of Bengal in the 19th century.

Ray died in 1923 from leishmaniasis fever, a disease caused by the bite of sandflies. His son, Satyajit Ray, was only two years old at the time. Satyajit grew up to be one of India's most important and revered filmmakers. Sukamar Ray's grandson—Sandip Ray—is also a filmmaker. Ray's son and grandson continued the publication of Sandesh magazine, which marked its 100th anniversary in 2013.

Below for your read-aloud pleasure, we provide an example of Ray's ability to use characters fit for a children's tale to make commentary on adult behavior—"Bombagarer Raja" translated into English by his son.

In the land of Bombaria
The customs are peculiar.
The king, for instance, advocates
Gilded frames for chocolates.
The queen, who seldom goes to bed,
Straps a pillow round her head.
The courtiers - or so I'm told -
Turn cartwheels when they have a cold:

... The King's old aunt - an autocrat -
Hits pumpkins with her cricket bat
While Uncle loves to dance Mazurkas
Wearing garlands strung with hookaha.
All of this, though mighty queer,
Is natural in Bombaria.

For a look at Sukumar Ray's life, you can watch this short documentary directed by his son, released in 1987 on the 100th anniversary of Ray’s birth.

For more on Sukumar Ray’s work and lasting impact, see this article on India’s far-reaching influence on children’s literature.