'Oratory is alive and well' 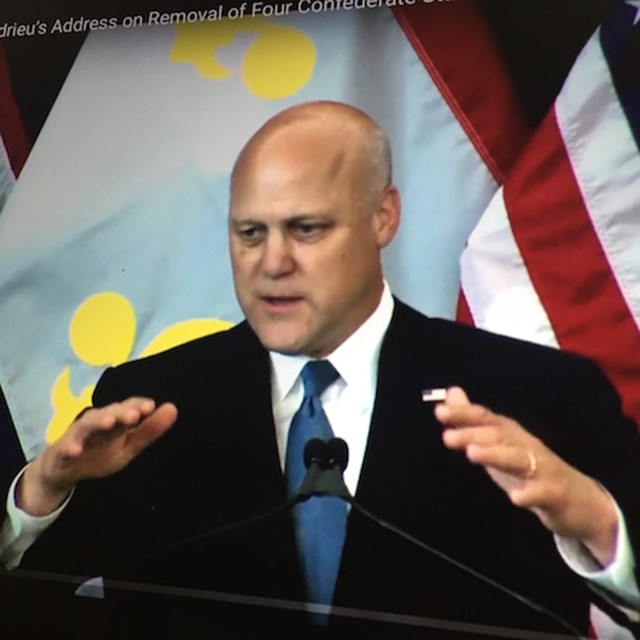 "Landrieu did not cast blame or condemn his political opponents. Yet he was refreshingly honest about the city's racial history."

– Robert Mann, in a column for The Times-Picayune

Other people talk about movies they've seen. At The Buckley School, we tend to talk about speeches.

So I wasn't surprised to get an email from Karen Kalutz soon after New Orleans Mayor Mitch Landrieu made his speech about race, history, and the monuments his city has taken down. "Oratory is alive and well," she wrote, as we traded thoughts on what made it a powerful speech.

What surprised me, just a little, was the widespread discussion of the speech. Appreciation for old-fashioned eloquence isn't limited to public speaking nerds, I'm happy to say. It can also be Twitter worthy.

"I hadn't planned on reading it. Who reads a whole speech? By a mayor, any mayor anywhere? But after the accolades kept floating past on social media — 'stunning,' 'moving,' 'must-read' — I clicked on the speech out of curiosity. I've been thinking about its eloquence, power and humility ever since."

At the school, we teach that technology comes and goes, but there's no substitute for a well-crafted message delivered by a committed speaker. Mayor Landrieu proved that.

"He spent his energy not on vilifying anyone but on stating in the least hysterical, most persuasive manner possible what’s right and what’s wrong."

He also made a strong, plain-spoken argument that challenged beliefs without attacking the believers. Even if you don't agree with the actions that the New Orleans mayor is arguing for, don't we all wish more of our political speakers took this tack?

We weren't the only ones to make these observations:

Here's a link to the text of Mayor Landrieu's speech and here's the video of him giving it: