Poem to Help Your Public Speaking: An August night with Ms. Millay 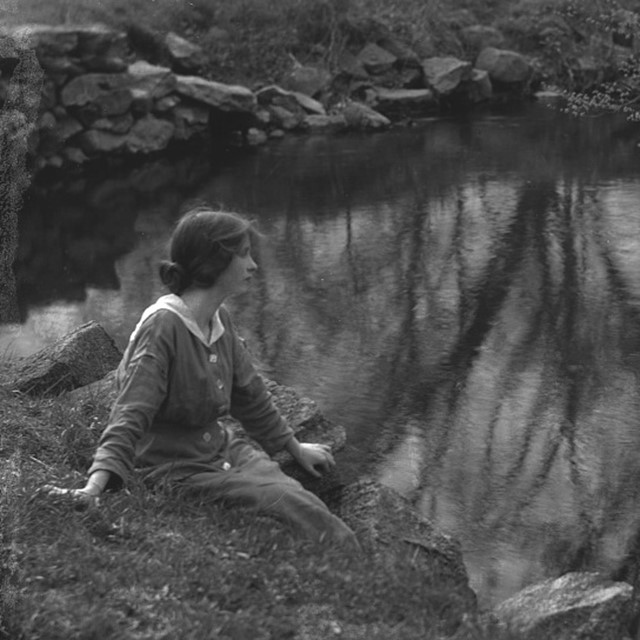 The Buckley School's founder believed that all public speakers should hone their presentation skills by reading poetry out loud. We keep that worthwhile practice alive by including a poem in our magazine each month for you to read aloud. Above, Edna St. Vincent Millay photographed by Arnold Genthe in 1914, when Millay would've been around 22 years old.

Edna St. Vincent Millay might be the sort of poet a screenwriter would dream up: passionate, irreverent, a fiery performer who could mesmerize an audience with her readings.

In writing about her, Poetry Foundation notes:

Millay's popularity as a poet had at least as much to do with her person: she was known for her riveting readings and performances, her progressive political stances, frank portrayal of both hetero and homosexuality, and, above all, her embodiment and description of new kinds of female experience and expression.

Born in 1892, Millay reached the peak of her popularity in the 1920s. She's been rediscovered by modern readers, with renewed appreciation for both her talent and her strong, liberated voice.

Below, a Millay poem about the simple pleasures of a summer evening for your read aloud practice.

She had forgotten how the August night

She had forgotten how the August night
Was level as a lake beneath the moon,
In which she swam a little, losing sight
Of shore; and how the boy, who was at noon
Simple enough, not different from the rest,
Wore now a pleasant mystery as he went,
Which seemed to her an honest enough test
Whether she loved him, and she was content.
So loud, so loud the million crickets' choir. . .
So sweet the night, so long-drawn-out and late. . .
And if the man were not her spirit's mate,
Why was her body sluggish with desire?
Stark on the open field the moonlight fell,
But the oak tree's shadow was deep and black and
secret as a well.