Poem to Help Your Public Speaking: 'Hope' for a New Year 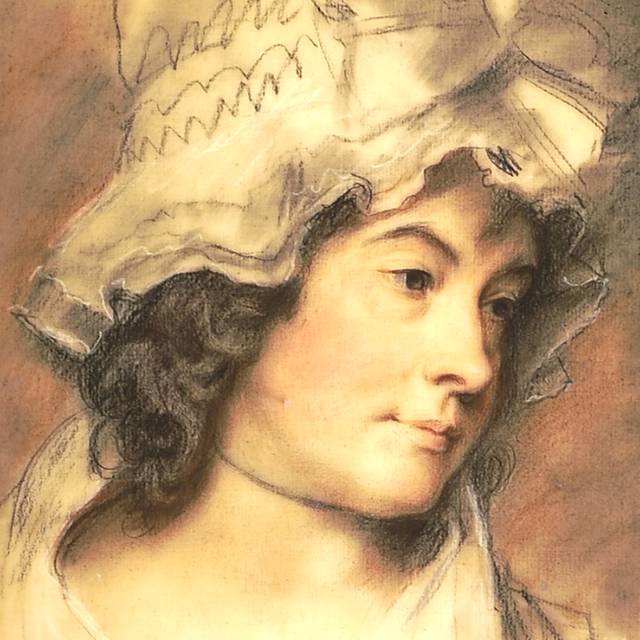 The Buckley School's founder believed that all public speakers should hone their presentation skills by reading poetry out loud. We keep that worthwhile practice alive by including a poem in our magazine each month for you to read aloud. Above, a portrait of Charlotte Turner Smith by George Romney.

"A poet to whom English verse is under greater obligations than are likely to be either acknowledged or remembered."

– Williams Wordsworth, in a tribute to Charlotte Smith

Charlotte Turner Smith's life reads like the plot of a Charles Dickens novel—and a long battle over her children's inheritance may have, in fact, inspired Bleak House.

Born to a well-to-do London family in 1749, Charlotte Turner was educated yet faced hardship early on. Her mother died when she was young. Her father wasted the family's fortune. She was forced to marry the son of a wealthy merchant at age 15. She later said her marriage to Benjamin Smith had made her a "legal prostitute."

Smith had 12 children, giving birth to the first one when she was just 17. Her husband was violent, unfaithful, and even more reckless with money than her father had been. Smith wrote her acclaimed volume of poems, Elegiac Sonnets, while she was in debtors' prison. The success of that work allowed her to pay off her husband’s creditors and embark on a career as a poet and novelist.

Smith eventually left her husband, a radical act for a woman of her time, and continued her work. She was part of a circle of writers and artists that included Jane Austen and Samuel Taylor Coleridge, with one biographer noting that while Austen may have criticized Smith's fiction, she also borrowed from Smith's plots for her own famous novels.

Below for your read aloud practice, we offer one of Smith’s sonnets:

Oh, Hope! thou soother sweet of human woes!
How shall I lure thee to my haunts forlorn!
For me wilt thou renew the withered rose,
And clear my painful path of pointed thorn?
Ah come, sweet nymph! in smiles and softness drest,
Like the young hours that lead the tender year
Enchantress come! and charm my cares to rest:
Alas! the flatterer flies, and will not hear!
A prey to fear, anxiety, and pain,
Must I a sad existence still deplore?
Lo! the flowers fade, but all the thorns remain,
'For me the vernal garland blooms no more.'
Come then, 'pale Misery’s love!' be thou my cure,
And I will bless thee, who though slow art sure.