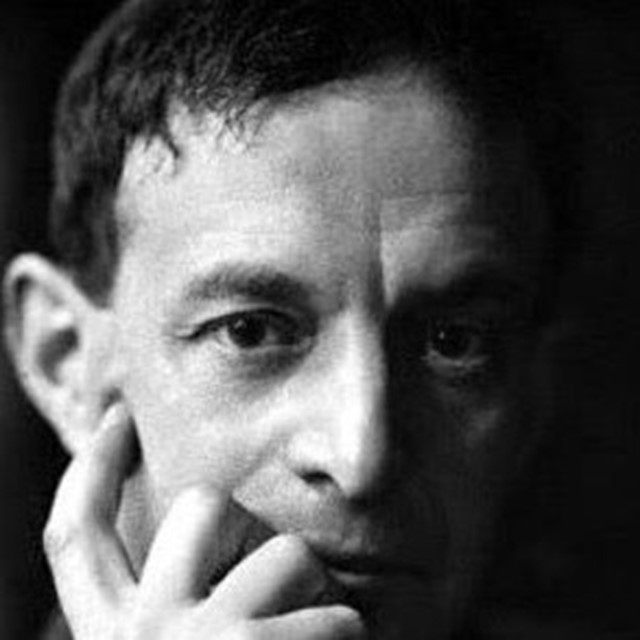 The Buckley School's founder believed that all public speakers should hone their presentation skills by reading poetry out loud. We keep that worthwhile practice alive by including a poem in our magazine each month for you to read aloud. Above, a photo of Walter de la Mare from Poetry Foundation.

"He is one of that most lovable order of artists who never lose sight of their childhood, but re-live it continually in their work and contrive to find expression for their maturity in it, memories and impressions, its romantic vision of the world.”

It is said he detested the name Walter and preferred to be called Jack. De la Mare is acclaimed for his poems, his children's stories, and his psychological horror stories. In 1947, he won the Carnegie Medal for British children's books.

As a poet de la Mare is often compared with Thomas Hardy and William Blake for their respective themes of mortality and visionary illumination. His greatest concern was the creation of a dreamlike tone implying a tangible but nonspecific transcendent reality. This characteristic of the poems has drawn many admirers, though also eliciting criticism that the poet indulged in an undefined sense of mystery without systematic acceptance of any specific doctrine. Some commentators also criticize the poetry for having an archness of tone more suitable for children’s verse, while others value this playful quality. It is generally agreed, however, that de la Mare was a skillful manipulator of poetic structure.

For your read aloud practice, we provide this holiday themed poem with a ghostly element.

Sitting under the mistletoe
(Pale-green, fairy mistletoe),
One last candle burning low,
All the sleepy dancers gone,
Just one candle burning on,
Shadows lurking everywhere:
Some one came, and kissed me there.

Tired I was; my head would go
Nodding under the mistletoe
(Pale-green, fairy mistletoe),
No footsteps came, no voice, but only,
Just as I sat there, sleepy, lonely,
Stooped in the still and shadowy air
Lips unseen—and kissed me there.