Poem to Read Aloud: Song of the Moon 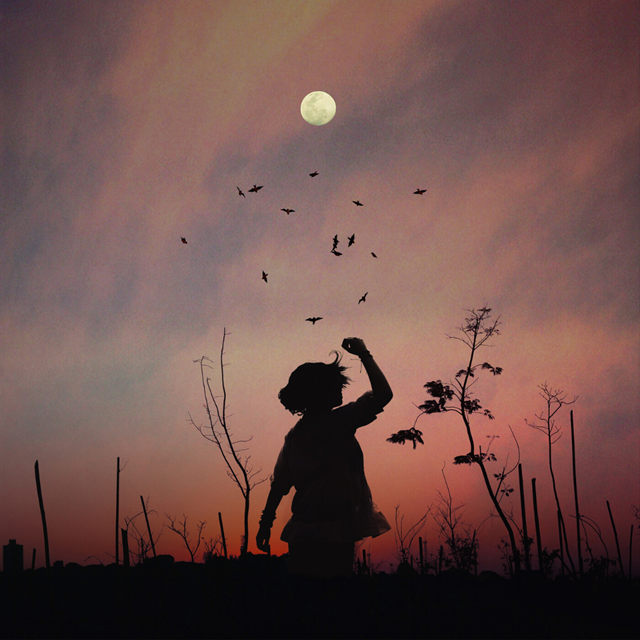 "Oh, a hidden power is in my breast, A power that none can fathom"

– Opening lines of "Song of the Moon" by Priscilla Jane Thompson

Her parents had escaped slavery on the Underground Railroad. She suffered serious health problems most of her life. And from her neighborhood in Cincinnati, Priscilla Jane Thompson wrote and published poetry that would inspire the Harlem Renaissance and generations of poets to come.

She was part of a family of writers that included her brother Aaron and sister Clara. Aaron was a popular poet in Indianapolis and invited Priscilla to recite her poems at Emancipation Day events, where Booker T. Washington became familiar with her work.

The writers behind the women's history website Queens of Queen City provide more information on Thompson's life and a tour of her neighborhood in Cincinnati.

Below, her poem "Song of the Moon." When you read it out loud, you'll notice its musical phrasing, great for improving your cadence and timing when speaking.

Song of the Moon

Oh, a hidden power is in my breast,
A power that none can fathom;
I call the tides from seas of rest,
They rise, they fall, at my behest;
And many a tardy fisher's boat,
I've torn apart and set afloat,
From out their raging chasm.

For I'm an enchantress, old and grave;
Concealed I rule the weather;
Oft set I, the lover's heart a blaze,
With hidden power of my fulgent rays,
Or seek I the souls of dying men,
And call the sea-tides from the fen,
And drift them out together.

I call the rain from the mountain's peak,
And sound the mighty thunder;
When I wax and wane from week to week,
The heavens stir, while vain men seek,
To solve the myst'ries that I hold,
But a bounded portion I unfold,
So nations pass and wonder.

Yea, my hidden strength no man may know;
Nor myst'ries be expounded;
I'll cause the tidal waves to flow,
And I shall wane, and larger grow,
Yet while man rack his shallow brain,
The secrets with me still remain,
He seeks in vain, confounded.