Poems to Help Your Public Speaking: Bennett and Dumas 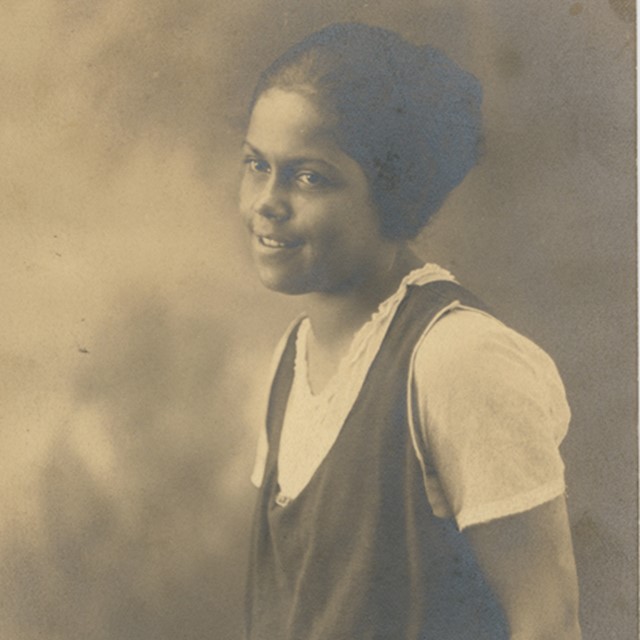 The Buckley School's founder believed that all public speakers should hone their presentation skills by reading poetry out loud. We keep that worthwhile practice alive by including a poem in our magazine each month for you to read aloud. Above, poet and artist Gwendolyn Bennett, photographed in the early 1920s.

Born on July 8, 1902, Gwendolyn Bennett was an art student at Columbia University and the Pratt Institute when her first poems were published in the early 1920s. After studying art in Paris, she returned to the U.S. to become an influential figure in the Harlem Renaissance—as a writer, editor, teacher, and director of the Harlem Community Art Center. She was a strong voice celebrating her cultural heritage and advocating for women’s rights throughout her career. Bennett died in 1981.

We were drawn to this particular poem by Bennett, because we’re reading the biography of Alexandre Dumas’s father this summer. The novelist’s father, General Alex Dumas, was by all accounts a brilliant man with superhero-like abilities. He inspired The Three Musketeers and The Count of Monte Cristo. He was also of mixed race, the son of a French nobleman and an enslaved woman.

Of course, we assumed that Bennett was writing of the famous novelist here, whose grave has since been moved to the Pantheon. But perhaps she was writing at the grave of General Dumas.

Lines Written at the Grave of Alexandre Dumas

Cemeteries are places for departed souls
And bones interred,
Or hearts with shattered loves.
A woman with lips made warm for laughter
Would find grey stones and roving spirits
Too chill for living, moving pulses . . .
And thou, great spirit, wouldst shiver in thy granite shroud
Should idle mirth or empty talk
Disturb thy tranquil sleeping.

A cemetery is a place for shattered loves
And broken hearts . . .
Bowed before the crystal chalice of thy soul,
I find the multi-colored fragrance of thy mind
Has lost itself in Death's transparency.
Oh, stir the lucid waters of thy sleep
And coin for me a tale
Of happy loves and gems and joyous limbs
And hearts where love is sweet!

A cemetery is a place for broken hearts
And silent thought . . .
And silence never moves,
Nor speaks nor sings.

Find more poems from Gwendolyn Bennett here and read more about her life and work here and here.

For a brief look at Alexandre Dumas, his father, and the role of race in his life and work, see this article.

If you’d like to read the amazing store of General Alex Dumas, check out The Black Count: Glory, Revolution Betrayal, and the Real Count of Monte Cristo by Tom Reiss.