Poems to Help Your Public Speaking: Diction for A June Night 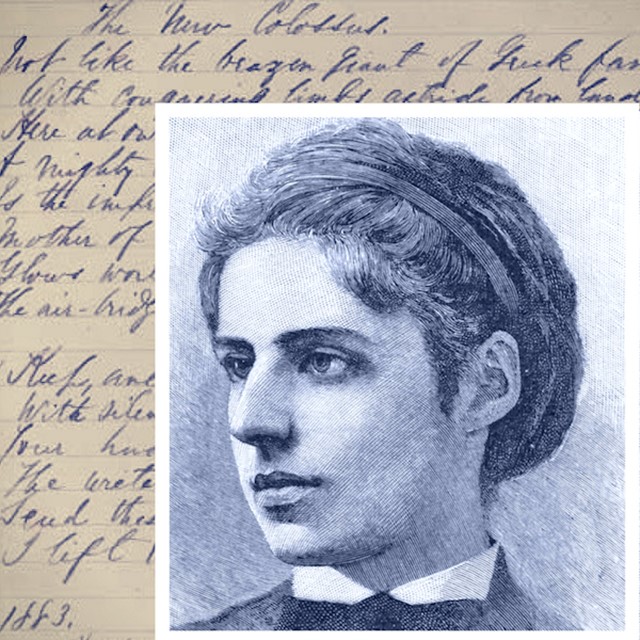 "Give me your tired, your poor, Your huddled masses yearning to breathe free"

– From "The New Colossus" by Emma Lazarus

Poet Emma Lazarus wrote some of the most famous lines in the United States—lines that come to mind whenever anyone mentions the Statue of Liberty.

They are from her sonnet "The New Colossus." Lazarus wrote it in 1883 for an event to raise money to construct a pedestal for the Statue of Liberty. At the time, she was 34 years old.

A member of a large and wealthy Jewish family in New York, Lazarus was well educated and well traveled. She published her first book of poems at age 17. Ralph Waldo Emerson was her friend and mentor. In addition to her writing—poems, literary criticism, a novel, and two plays—she was an advocate for Jewish refugees fleeing Russia.

For our June read aloud, we're suggesting this Lazarus poem, which will give your diction and enunciation a workout on the laziest summer day.

Ten o'clock: the broken moon
Hangs not yet a half hour high,
Yellow as a shield of brass,
In the dewy air of June,
Poised between the vaulted sky
And the ocean's liquid glass.

Faint, far sounds possess the ear.
Elves on such a night as this
Spin their rings upon the grass;
On the beach the water-fay
Greets her lover with a kiss;
Through the air swift spirits pass,
Laugh, caress, and float away.

Shut thy lids and thou shalt see
Angel faces wreathed with light,
Mystic forms long vanished hence.
Ah, too fine, too rare, they be
For the grosser mortal sight,
And they foil our waking sense.

Yet we feel them floating near,
Know that we are not alone,
Though our open eyes behold
Nothing save the moon's bright sphere,
In the vacant heavens shown,
And the ocean's path of gold.

For a wonderful interactive version of "The New Colossus" see this.