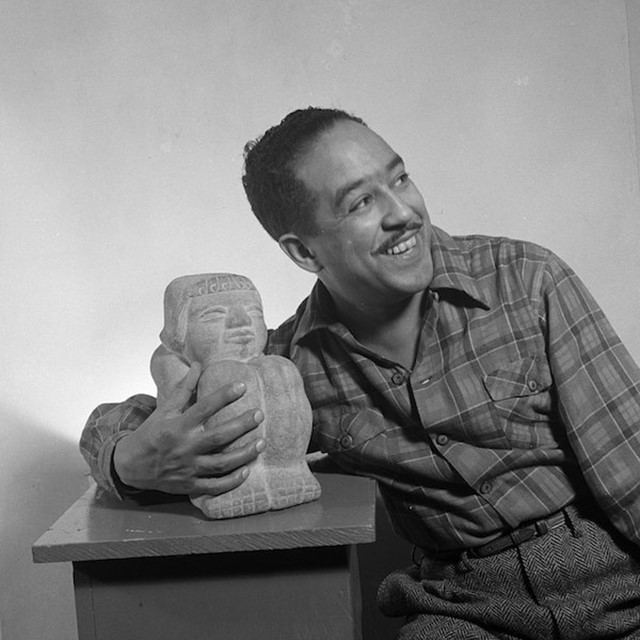 "He spread his message humorously—though always seriously—to audiences throughout the country, having read his poetry to more people (possibly) than any other American poet.”

– Donald B. Gibson, writing about Langston Hughes in "Modern Black Poets: A Collection of Critical Essays"

From the 1920s to the 1960s, Langston Hughes wrote poems, novels, short stories, plays (eleven of them), opera, essays and works for children. He was a key figure in the Harlem Renaissance and helped create the literary art form known as jazz poetry.

Born in 1902 in Joplin, Missouri, Hughes spent  his early years with his grandmother in Lawrence, Kansas. In grammar school, he was elected class poet and wrote his first jazz poem, "When Sue Wears Red," while in high school.

He attended Columbia University, left, traveled to Africa and Europe, then returned to college, graduating from Lincoln University where he was classmates with Thurgood Marshall. He was awarded a Guggenheim Fellowship, and his first novel won the Harmon gold medal for literature.

Poets.org provides this guide to a walking tour of Hughes's Harlem. Below, the New York Botanical Garden's rendition of "April Rain Song."