Poems to Help Your Public Speaking: The Traveller-Heart 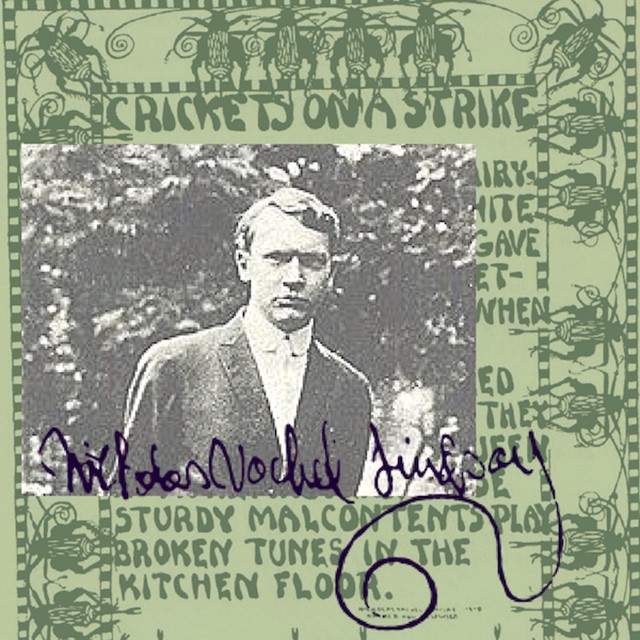 “I am the one poet who has a right to claim for his muses Blanche Sweet, Mary Pickford , and Mae Marsh.”

– Poet Vachel Lindsay, who also published the first book of film theory in the English language

The poet of road trips, country rambles, and the early days of cinema, Vachel Lindsay already seems a good choice for our July read aloud.

But here’s the detail that warms a Buckley coach’s heart like a toasty July afternoon: Lindsay made a name for himself as a poet through his dramatic readings of his verse.

"His reading is almost singing; it is certainly acting. The rhythms of the camp-meeting, of the cake-walk, of the stump-speech, of the chantey, of the soldiers' march, of patriotic songs, of childish games, throb through him and are from him communicated to the most difficult audience. His singsong is as contagious as that of any revivalist who ever exhorted."

He was known then, if less well-known now, for writing poems that celebrated nature, captured rural America, and addressed the need for racial diversity. Though his perspectives and writing about race have been criticized, he was committed to ending violence and discrimination against African-Americans.

Lindsay was born in Springfield, Illinois, in a house that had belonged to Abraham Lincoln’s sister-in-law, and he felt a connection to Lincoln that influenced his writing. In 1912, when he was in his early 30s, Lindsay walked and wandered around the western U.S., trading poems for food.

Vachel Lindsay also has a connection to our hometown of Camden, South Carolina. His son Nick Lindsay married a woman from Camden, and the couple made their home on Edisto Island, S.C. (We’re still trying to determine if one of our staff is a Vachel Lindsay relative. Stay tuned!)

You’ll find more on Lindsay’s colorful life here and here, plus a discussion about the correct pronunciation of his first name here.

And for your summer travels, here’s a poem to read aloud:

I would be one with the dark, dark earth:—

I would be part of the Indian corn,

Walking the rows with the plumes o'erhead.

I would be one with the lavish earth,

Walking where lambs walk on the hills;

By oak-grove paths to the pools be led.

I would be one with the dark-bright night

When sparkling skies and the lightning wed—

Walking on with the vicious wind

By roads whence even the dogs have fled.

I would be one with the sacred earth

On to the end, till I sleep with the dead.

Terror shall put no spears through me.

Peace shall jewel my shroud instead.

I shall be one with all pit-black things

Stars for my pillow there in the gloom,—

Oak-roots arching about my head!

Acorns fall round my breast that bled.

Children shall weave there a flowery chain,

Squirrels on acorn-hearts be fed:—

Fruit of the traveller-heart of me,

Fruit of my harvest-songs long sped:

Sweet with the life of my sunburned days

When the sheaves were ripe, and the apples red.

In case your summer road trip doesn’t take you to Springfield, here’s a video tour of Lindsay’s home: