Poems to Read Aloud: A Wilde Woman for March 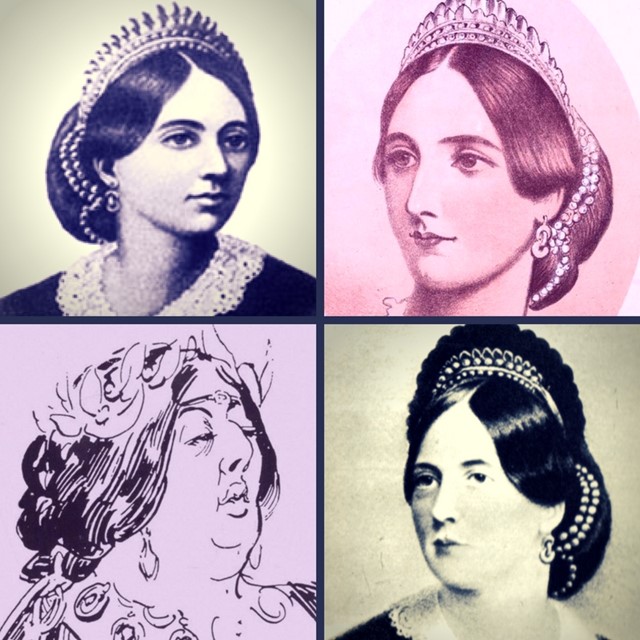 The Buckley School's founder believed that all public speakers should hone their presentation skills by reading poetry out loud. We keep that worthwhile practice alive by including a poem in our magazine each month for you to read aloud. Above, images of poet Lady Jane Wilde.

"Jane was a living, writing, talking paradox. She was an elitist who championed the underdog, a lover of ceremony and ritual who wanted to destroy the status quo, a republican who relished her peerage, a rebel at home in the realm, the barricades and the drawing-room were her natural habitats. Only an idiosyncratic like that could have produced Oscar."

– From an article by Emer O'Sullivan, "The Boundless Love of Jane Wilde, Oscar Wilde's Mother"

No doubt you’ve heard of her son, the writer who gave us The Picture of Dorian Gray, "The Happy Prince," and witty gems such as “Work is the curse of the drinking class.”

Oscar Wilde's mother--Lady Jane Wilde--an Irish poet known as Speranza, was not known to us—until this week. We happened across her poems while working on another project (both an argument to make the case for Women's History Month and the beauty of the Google rabbit hole, no?)

Lady Jane Wilde experienced professional success uncommon for women of her time. Keen to learn, she spoke ten languages by age 18. Writing under her pen name Speranza, she was known as a passionate poet for justice during the Irish famine. As a wife and mother, she experienced scandal and heartbreak that included the death of a child and two high-profile trials. Hers is quite the story.

For this month’s read aloud, we give you "The Year of Revolutions," which feels timely and also (at least when we read it out loud), strangely modern—with some of the same rhythm of language that makes the musical Hamilton so irresistible. See what you think:

The Year Of Revolutions

Lift up your pale faces, ye children of sorrow,
The night passes on to a glorious to‐morrow!
Hark! hear you not sounding glad Liberty’s pæan,
From the Alps to the Isles of the tideless Ægean?
And the rhythmical march of the gathering nations,
And the crashing of thrones ’neath their fierce exultations,
And the cry of Humanity cleaving the ether,
With hymns of the conquering rising together
God, Liberty, Truth! How they burn heart and brain
These words shall they burn—shall they waken in vain?

No! soul answers soul, steel flashes on steel,
And land wakens land with a grand thunder‐peal.
Shall we, oh! my Brothers, but weep, pray, and groan,
When France reads her rights by the flames of a Throne?
Shall we fear and falter to join the grand chorus,
When Europe has trod the dark pathway before us?
Oh, courage! and we, too, will trample them down,
The minions of power, the serfs of a crown.
Oh, courage! but courage, if once to the winds
Ye fling Freedom’s banner, no tyranny binds.

At the voice of the people the weak symbols fall,
And Humanity marches o’er purple and pall,
O’er sceptre and crown, with a glorious disdain,
For the symbol must fall and Humanity reign.
Onward! then onward! ye brave to the vanguard,
Gather in glory round Liberty’s standard!
Like France, lordly France, we shall sweep from their station
All, all who oppose the stern will of a nation;
Like Prussia’s brave children will stoop to no lord,
But demand our just rights at the point of the sword.

With faith like the Hebrew’s we’ll stem the Red Sea
God! smite down the Pharaohs—our trust is in Thee;
Be it blood of the tyrant or blood of the slave,
We’ll cross it to Freedom, or find there a grave.
Lo! a throne for each worker, a crown for each brow,
The palm for each martyr that dies for us now;
Spite the flash of their muskets, the roar of their cannon,
The assassins of Freedom shall lower their pennon;
For the will of a Nation what foe dare withstand?
Then Patriots, Heroes, strike! God for our Land!

For more on Lady Jane Wilde, here's an article by Emer O'Sullivan. For a review of a recent book on the women in Oscar Wilde's life, go here.