Poems to Read Aloud: From The Poet-Orator-Park Ranger 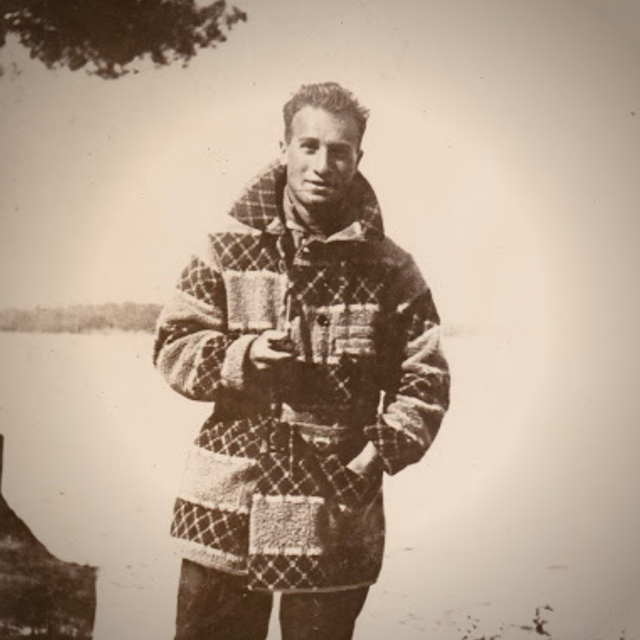 The Buckley School's founder believed that all public speakers should hone their presentation skills by reading poetry out loud. We keep that worthwhile practice alive by including a poem in our magazine each month for you to read aloud. Above, a photo of Lew Sarett.

"All you have to do is stay in tune with the song of the flicker, the voice of the wind..."

Poet Lew Sarett was born Lew Saretsky in Chicago and later given the name Lone Caribou when members of the Chippewa tribe adopted him.

Sarett was the child of Polish and Lithuanian immigrants. His parents separated when he was a boy, and he worked as a bathroom attendant and newsboy to contribute to the household income. He also became interested in Native American culture as a child, leading him to study horticulture, nature, and Native American people throughout his life.

An outstanding student, Sarett was able to attend college, studied at Harvard Law School, and became a well-known orator and professor, as well as a widely read poet. He wrote several books on public speaking. He also served as an adviser to the U.S. Department of Interior, worked as a part-time ranger in national parks, and served as a wilderness guide in Canada when he wasn't teaching.

Sarett is quoted as saying:

We found that quote in this detailed article about Sarett’s rich and interesting life. Here’s another that includes information about Sarett’s stint as a college cheerleader, award-winning orator, and his recognition as one of five finalists for the 1932 Pulitzer Prize for poetry.

Below for you to read aloud, a moving poem by Sarett about the indignities suffered by a widowed Native American woman.

As any brush-wolf, driven from the hills

By winter famine waits upon the edge

Of a settlement for cover of the dusk,

And enters it by furtive devious route,

Cowering among the shadows, freezing taut

With every sound, so came the widow Blue

Doubled to earth beneath her pack of furs,

To ply her trade, to barter at the Post.

And if she ventured near the village inn,

The roustabouts, baring their yellow tusks,

Would toss a dry slow leer at her and stone

With ribald epithet and jibe and gesture.

Below, find an animated version of one of Sarett's best-known poems, "Four Little Foxes":