Poetry to Improve Your Public Speaking: Delight in Disorder 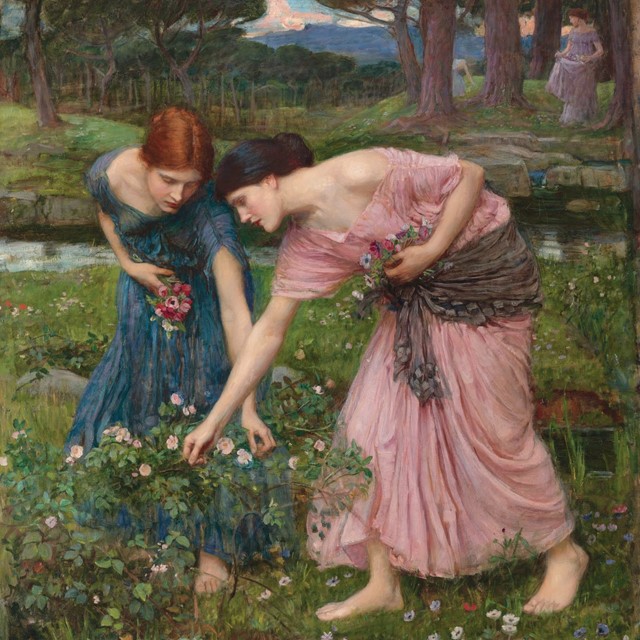 The Buckley School's founder believed all public speakers should polish their vocal delivery by reading poetry out loud. We keep that worthwhile practice alive by including a poem in our magazine each month for you to read aloud. Above, a 1909 painting by John William Waterhouse inspired by a line from a Robert Herrick poem about gathering rosebuds as time flies.

"Gather ye rosebuds while ye may"

– From Herrick's carpe diem poem, "To the Virgins, Make Much of Time"

Robert Herrick was an English poet born in 1591. A contemporary of George Herbert and John Donne, Herrick is best known for poetry in a different vein--verse that is playful and bawdy with lines that urge us to seize the day.

Herrick lived to be 83 years old, despite his declarations that life is fleeting. He apprenticed as a goldsmith, tried his hand at practicing law, and served as a vicar for 17 years.

Through it all he wrote, more than 2,500 poems. About half were included in his major work, Hesperides. Though his poetry was not especially embraced when published during the late Elizabethan era, he was later discovered by Victorian readers and has remained popular to this day.

If you find yourself weary of perfection or worry your shirt needs ironing, here's one of Herrick's poems to improve your public speaking and lift your spirits.

A sweet disorder in the dress
Kindles in clothes a wantonness;
A lawn about the shoulders thrown
Into a fine distraction;
An erring lace, which here and there
Enthrals the crimson stomacher;
A cuff neglectful, and thereby
Ribands to flow confusedly;
A winning wave, deserving note,
In the tempestuous petticoat;
A careless shoe-string, in whose tie
I see a wild civility:
Do more bewitch me, than when art
Is too precise in every part.