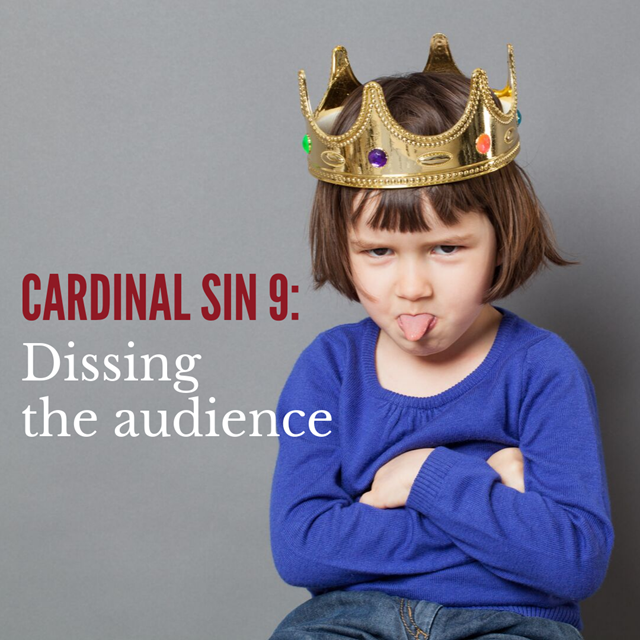 "I respect the audience’s intelligence a lot, and that’s why I don’t try to go for the lowest common denominator."

Never fail to treat every member of your audience as the juror over your conscience, for whom you will exert your best effort proving the validity and justice of your case.

Humility of spirit is the vital attribute of the speaker. Conceit is his enemy. The speaker who disrespects his audience (dumb clucks that they may be) is a fool.

Condescension on the part of the speaker can forfeit everything

This was former Senator Bob Dole’s weakness in the 1996 campaign. He allowed the perception that those who don’t agree with him can’t tell the difference between a mud slide and mudslinging. That may have been the case, but it’s rude nevertheless, and it lost him California.