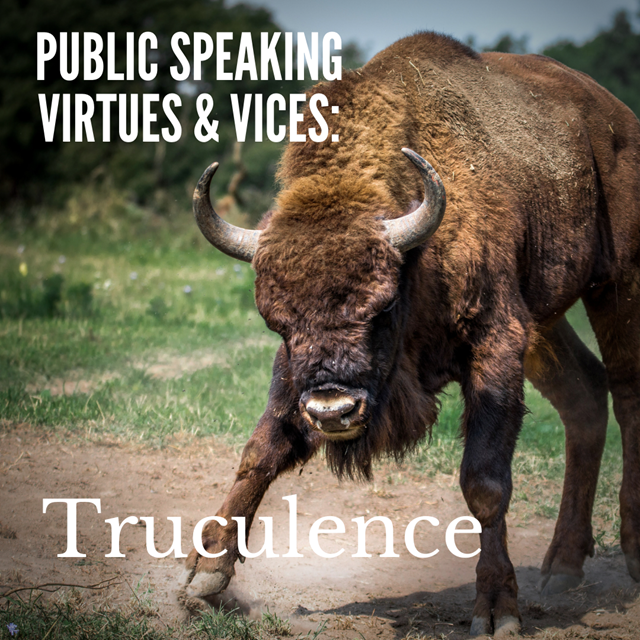 "China responds to truculent Barr speech: Not trying to supplant U.S. but won’t be bullied"

Defined as feeling or showing ferocity; as being savage and scathingly harsh. It don't win friends.

The speaker exhibits some of the impatience of a fanatic; perhaps more of an intellectual than moral superiority.

Truculence can be expressed by excessive pugnacity. The truculent speaker seems to be in a bad humor and delivers his text as though expecting to be contradicted or disbelieved (probably both); which (almost certain) prospect is exceedingly annoying to him, because he is right, the audience ignorant; which attitude is evident from his frown, severe set of mouth and jaw, reluctance to smile, neglect of the slightest touch of humor or wit, and an air of general pessimism.

A touch of truculence, of limited duration, can be okay, because it can convey the spirited conviction of the speaker, but it must be at once resolved in a smile of great sweetness and charity.

This speaker may be truculent--a grouch--in person, in which case he should cease instanter. Or his attitude may be rooted in self-doubt and insecurity.

The message that the audience can get is that he may NOT be entirely convinced of what he says, nor satisfied with it. He may be expecting rebuffs because he himself acknowledges (deep down) that other what he proposes hasn't been thought through sufficiently or is in other ways inadequate.

Beneath the bearlike, partly querulous attitude, he masks his uncertainties when he should iron them out.

Homework can be a cure. When he has sifted the evidence and rid this thesis of what may be dubious or unsustainable, his frame of mind should improve.

What he proposes now makes palpable good sense. He will be able to confide in the discernment and good sense of the audience. He can afford to like them...and maybe permit a little sunshine into his attitude.