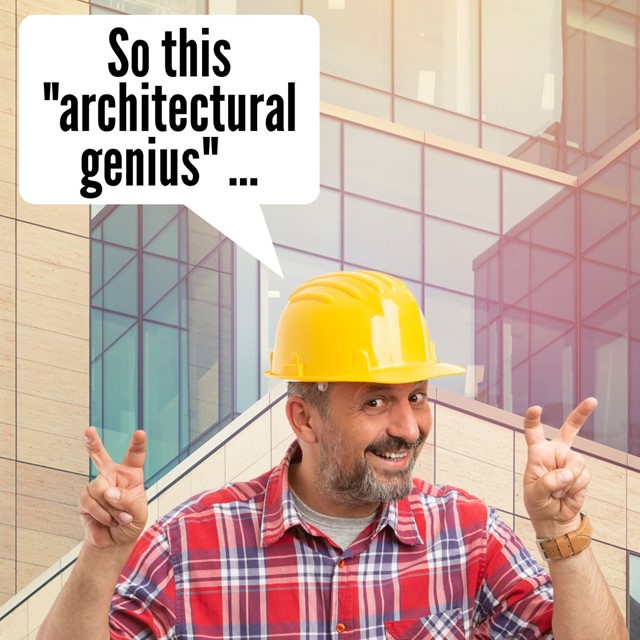 Quotations are included in many a speech and presentation, for any number of reasons. We've weighed in on why you might not want to go with a quote. And there are plenty of online sources ready to help you use quotation marks correctly in a printed document.

When you do use quotes in a speech or presentation, you can avoid a few common missteps by pausing to consider these three things.

For some reason, we see a lot of unnecessary quotation marks on PowerPoint slides. For example, one speaker we recently worked with had created something common in many workplaces, a toolbox for her healthcare co-workers.

Every time she referred to the toolbox on a PowerPoint slide, she put it in quotation marks – something that not only seemed unnecessary to us but that we felt undermined her presentation. Why? One, it wasn't a title. And two, it was clear she didn't mean a handyman's toolbox.

Here's what Grammarly says about putting quotation marks around a single word used in this way:

Quotation marks around single words can occasionally be used for emphasis, but only when quoting a word or term someone else used. Usually, this implies that the author doesn't agree with the use of the term.

When reviewing your deck, look out for unneeded quotation marks. Yes, use them if you are directly quoting another person's words. But take care for anything else. While it can feel like emphasis to you, it can feel like you're mocking yourself, especially to the punctuation snobs in the room.

2. Air quotes as a gesture

Speakers often throw these in when they're quoting someone, to give the audience a visual cue that the speaker's words aren't their own.

We're fans of descriptive gestures, but before holding up both hands and executing the air quote sign, be sure it's going to come across the way you intend.

Air quotes – sometimes also called finger quotes – tend to suggest you don't agree with or are being sarcastic about what you're saying. So when you put air quotes around "genius," for example, you don't appear to be quoting someone else's words about a person. You seem to be suggesting the person is anything but brilliant.

Not sure what we mean? This funny video depicts the problem (though if you're f-bomb sensitive, you might not want to click on that link.)

Instead of using the air quote gesture, there are better ways to show you're using a quote in a speech. Read on.

There are a few techniques for indicating that you're quoting someone else in your speech. It's an important distinction to make, too. Audiences want to know which are your words and which belong to someone else.

One way is to begin with quote and conclude with end quote. It’s not elegant, and it works. For example:

Shakespeare said, quote: "Expectation is the root of all heartache." End quote.

Shakespeare said that expectation, quote unquote, "is the root of all heartache."

Another, less hit-them-over-the-head approach is to state the source, deliver the quote, and pause deliberately after the quote has ended. You might further clarify the difference with a transitional phrase. So you could have something like:

Shakespeare said "Expectation is the root of all heartache." [pause]  Or as I've modified this idea after years of dating: Low expectations are the key happiness.

One way you can visually cue an audience that you're quoting someone else is to have a card or piece of paper with the quote on it. You then pick up the card, read the quote from it, and put the card down when you've finished the quote. This bit of theater gives a clear indication that you are presenting someone else's words. So with this approach, you'd:

Do: Lift up a card so the audience can see it, perhaps even point to the line with the index finger of your other hand as you read from the card....

Say: Expectation is the root of all heartache.

Do: Put the card down after you finish reading the quote.

Considerations for any quotes you may use

If you are going to present a quote on PowerPoint or in a speech, a shorter quote—or an excerpt from a longer statement—is going to be easier to manage. Ask yourself if you need the entire sentence on the screen, for example, to make your point.

When attributing your quote, think about the source and how to set it up. Is the person you're quoting a household name (Shakespeare, Oprah) or a person known to only a few in your audience?

If the name doesn't carry instant recognition, it helps to provide very brief context ("an acclaimed expert on efficiency," for example) when you name your source.

Don't get sucked into the idea that every speech and presentation needs a quote. Your ideas and your words can be enough.

If you do choose to use a quote, be sure to take these research steps into account before deploying it.

And if you're delivering an academic presentation, here's advice on how to deliver quotes with citations in that realm.