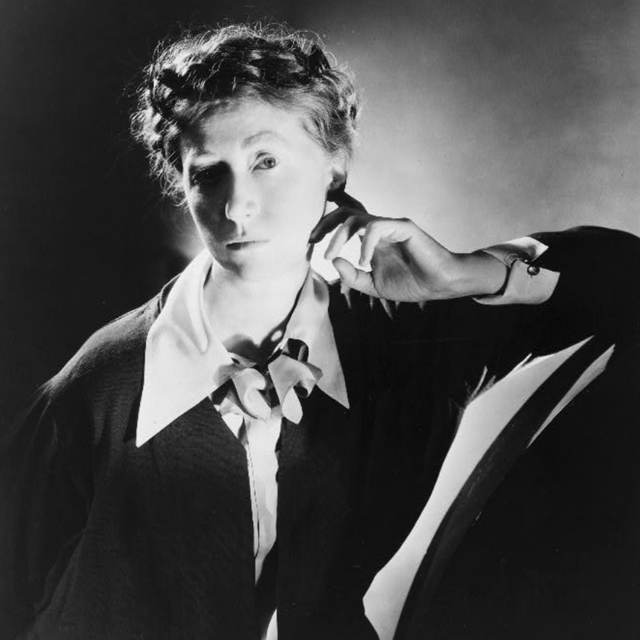 The Buckley School's founder believed that all public speakers should hone their presentation skills by reading poetry out loud. We keep that worthwhile practice alive by including a poem in our magazine each month for you to read aloud. Above, Marianne Moore, photographed in 1935 by George Platt Lynes.

"In looking at some apparently small object, one feels the swirl of great events."

Born on November 15, 1887, Moore worked as a teacher in Carlisle, Pennsylvania (where she taught future football legend Jim Thorpe), and then as an assistant at the New York Public Library. In New York, she connected with other poets, including William Carlos Williams and Ezra Pound, and became editor of the literary magazine, The Dial.

Moore became a celebrity in her 70s, a respected poet, honored with the National Book Award and a Pulitzer Prize, who was also known for going about the city in a tricorn hat and cape.

Many of her poems are about nature, others about her love of sports. She was a baseball fan and admired Muhammed Ali, writing the liner notes for his recording “I am the Greatest!”

And, as an article in The New Yorker recounts, Moore was hired by the Ford motor company to name their new model for 1958:

The episode has struck some as pitiful—a great poet pandering to the crassest patron—but her submissions are unforgettable: Mongoose Civique, Utopian Turtletop, Pastelogram. Ford said no thanks, and went with Edsel.

Below, a poem for you to read aloud, first published in 1909.

Visible, invisible,
A fluctuating charm,
An amber-colored amethyst
Inhabits it; your arm
Approaches, and
It opens and
It closes;
You have meant
To catch it,
And it shrivels;
You abandon
Your intent—
It opens, and it
Closes and you
Reach for it—
The blue
Surrounding it
Grows cloudy, and
It floats away
From you.

You can use this link to Poetry Foundation to find a selection of Moore's poems online.

To read about Marianne Moore’s life and family, see this article in The New Yorker.

To hear Moore read one of her own poems, check out the video below: