Rhetorical Device of the Month: Anthimeria 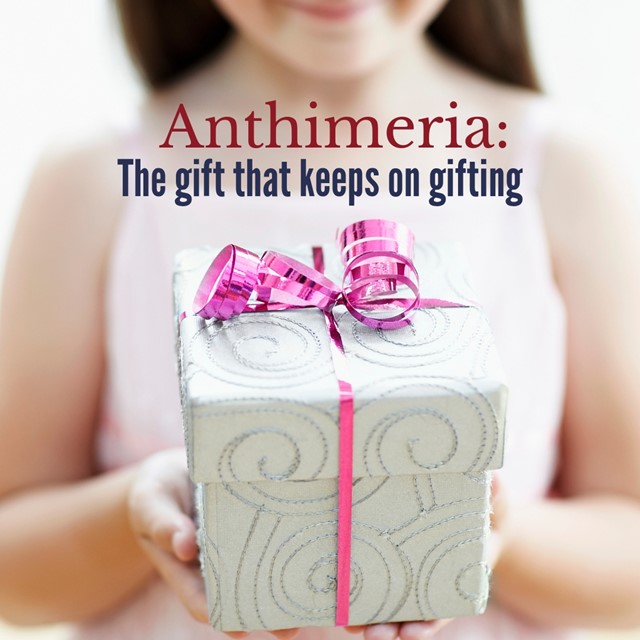 "I am second to no one in my appreciation for anthimeria and the way it gooses the English language. But at this point, it’s a lazy, played-out cliché, and any copywriters who continue to resort to it should be ashamed of themselves."

Tired of Facebooking. Need to hound your spouse about mowing the lawn? Too spent to do anything but chill?

There’s a name for what you’re experiencing—anthimeria—the rhetorical device in which a word moves from one part of speech to another. When we say gift and mean give, it’s also called verbing.

Anthimeria—pronounced an-thuh-MER-ee-uh—also appears as antimeria without the "h." It derives from the Greek anti and meros, which together translate to mean "instead of."

Anthimeria can reflect playfulness and creativity. Writing in the National Review back in 1991, William Rickenbaker and Linda Bridges said:

In English, and this is one of its greatest virtues, almost any noun can be verbed. Indeed, one can read scarce a page of Shakespeare without running across some new verb hatched out of his teeming loin. 'To scarf,' for example, was the verb implied in Hamlet's speech, where he says, 'My sea-gown scarf'd about me.'

Shakespeare, Thomas Hardy, Nancy Sinatra, the Wicked Witch of the West—just a few of the characters who’ve made phrases more memorable with their use of anthimeria.

Of course, not all anthimeria has the staying power of "I’ll get you, my pretty" (in which "pretty" is shifted from adjective to noun in a delightfully sinister way).

Some of this particular play with words is trendy and temporary. Remember Eastwooding? Does anyone? That was the short-lived term for talking to an empty chair, inspired by Clint Eastwood’s stunt at the 2012 Republican National Convention.

What’s a speaker to make of all of this? Our thoughts:

Though how you use this device is up to you, we hope you’ll gift us one wish:

Instead, might we suggest you read more about anthimeria here or simply enjoy Nancy Sinatra getting some kicks in her kicks with our rhetorical device of the month: