Rhetorical Device of the Month: Metanoia 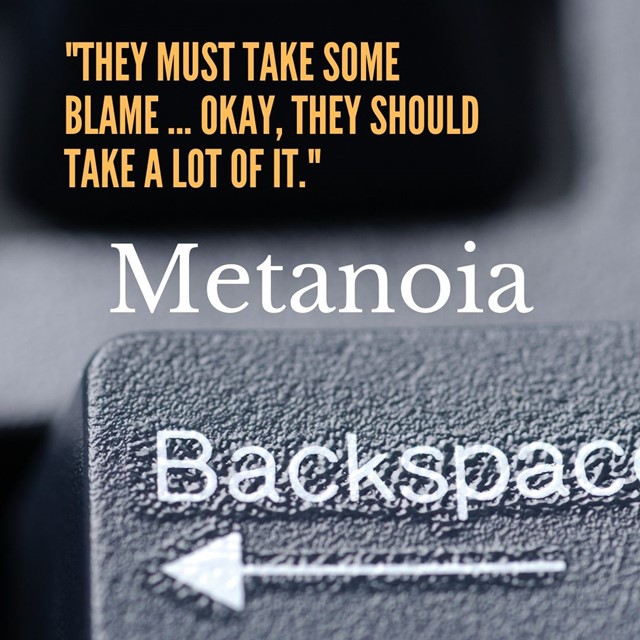 "Spontaneity is a meticulously prepared art."

While most important speeches and presentations are prepared and rehearsed, audiences still long for spontaneity from their speakers. Too smooth, too prepared—and they say the speaker doesn’t seem real or "authentic."

If that’s your concern when you speak from notes, the rhetorical device metanoia might be worth a look.

It’s the seemingly spontaneous mid-thought correction you hear speakers make, giving the impression that they are searching for the most accurate expression.

And like paralipsis, it can also allow a speaker to say something harsh without having to totally own up to his harshness.

Consider this excerpt from a speech by former British Prime Minister David Cameron:

"Let’s start by being honest with ourselves. The mess this country is in – it’s not all because of Labour. Of course, they must take some of the blame. All right – they need to take a lot of the blame. Let me just get this off my chest … "

In Farnsworth's Classical English Rhetoric, Ward Farnsworth outlines a number of ways to use the device for persuasive purposes, including:

Pronounced met-uh-NOY-ah, the word comes from the Greek word for changing one’s mind. The technique is also known as correctio (which sounds to us like something Harry Potter would yell why flourishing a wand).

Evaluating its persuasive value, Farnsworth deems the power is mild. As with any rhetorical device, it can elevate the speaker or undermine him, depending on the skill of its user. Farnsworth says:

Read more about how it's used in political speech to create an air of spontaneity here.

Find an excerpt from Farnsworth’s chapter on metanoia here.