Rhetorical Device of the Month: Epizeuxis 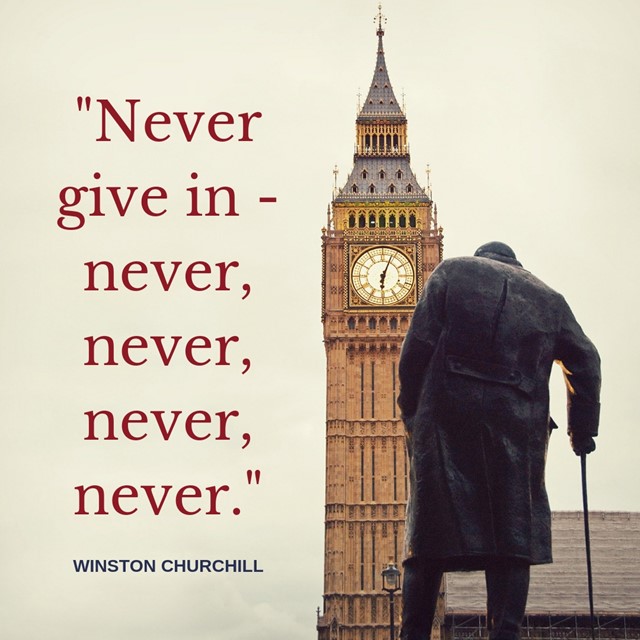 – Winston Churchill in his famous address to Harrow School on Oct. 29, 1941

There are a number of rhetorical devices that address repetition.

Epizeuxis—repeating a word or phrase in immediate succession—can be used for emphasis, to show enthusiasm and inspire it, to create drama or for comic effect.

Here’s how literarydevices.net describes its uses:

The major function of epizeuxis is to create an appeal to the emotions of readers — to hit them with a bang. It is employed to inspire, encourage, and motivate the audience.

Epizeuxis examples are found in literary writings as well as political speeches. As a literary device, it furnishes freshness to the texts, and gives artistic effect to a piece. Apart from adding rhythm to the texts, epizeuxis makes the reading of the literary text pleasurable and memorable. Also, it helps in drawing the focus to a particular thought, idea, or emotion through repetition.

Examples of these effects from Shakespeare include:

Merriam-Webster offers a different definition of the term, one that describes fastening together syllables. (By the way, if you can give us an example of what they're describing, please email us!)

"I love scotch. Scotchy, scotch, scotch. Here it goes down, down into my belly."

– Will Ferrell in "Anchorman"

As for pronunciation, we’ve found a few variations:

And if you'd like to read that famous Churchill example of epizeuxis in context, here's the full speech.