The Dream Speech: 54 Years Ago Today 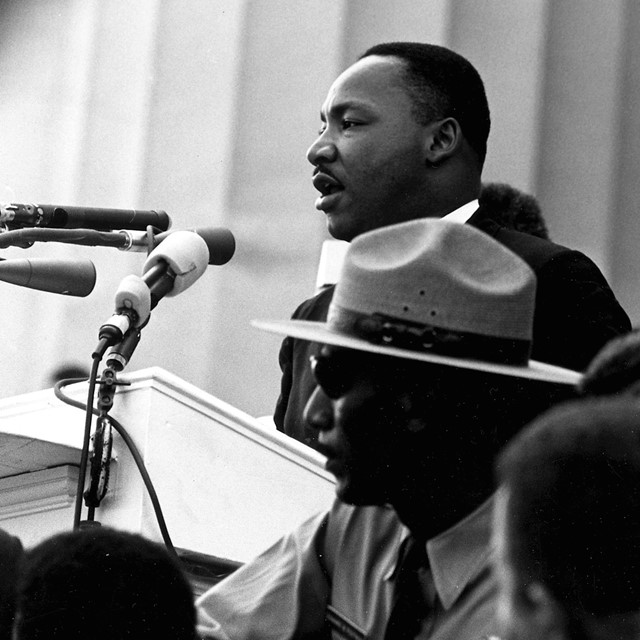 "Tell them about the dream, Martin!"

He made his famous speech on August 28, 1963, at the March on Washington, from the steps of the Lincoln Memorial. The simple words Martin Luther King Jr. used--"I have a dream"--constitute one of the best-known lines of any speech in our history.

We often reference this speech when we talk about the power of repetition, in particular the rhetorical device anaphora. We've also used it to teach organization. What we've found is that many people have never watched the speech in full. And others haven't seen it in many years. So here it is:

Perhaps you've read stories that say King improvised the "I have a dream" portion, not intending to use it on that day--but urged on by Mahalia Jackson to revisit that refrain he'd used in earlier speeches.