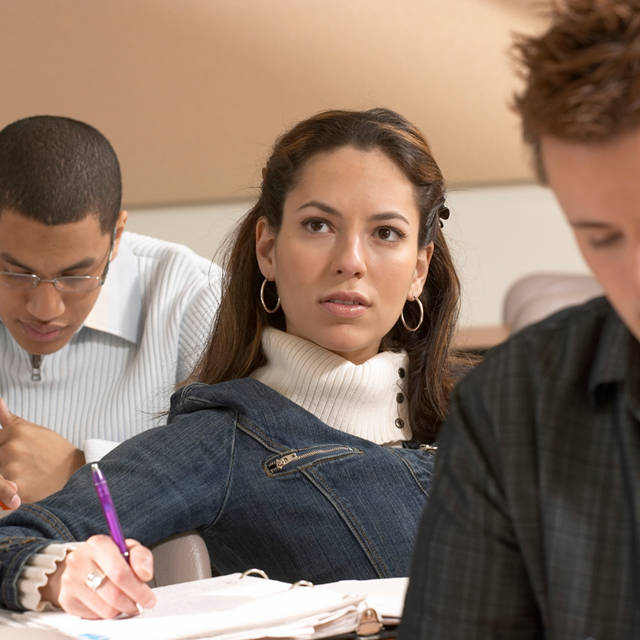 – University official questioning the use of jargon

There are a couple of good reasons the title of this article from The Chronicle of Higher Education caught my eye:

'Why Do We Have So Many Freaking Acronyms?!' Some Colleges Target Jargon in the Name of Student Success

First, I address the problems with jargon and acronyms whenever I talk about writing and speaking in our Buckley School seminars.

Second, I’ve spent the last year helping my niece get ready for college—and find myself struggling to decipher universities’ forms and emails.

I suspect plenty of other families experience the same difficulties.

As I read the article, I discovered the problem was even worse than I’d imagined:

Laura Keane, chief policy officer at uAspire, a nonprofit focused on college affordability, said her field — helping students navigate financial aid — is rife with confusing jargon: In a recent study of 455 colleges, she and her colleagues found 136 different terms for the same unsubsidized student loan.

That’s how we speak: So what’s wrong with jargon?

At its most useful, an organization's jargon is a shortcut to understanding: I say it, you get it, we move along and get something done.

I also hear from our public speaking students that jargon can give you "street cred." It can serve as the secret handshake that gets you into the club. It proves you’ve been around and can speak the language.

But, as I tell our Buckley classes, you don't have to go far from the center of any group to find people who don't understand the jargon.

In fast-growing companies, there are many new people who don’t know this language. And often, they don't own up to it. In some big companies, I've encountered people doing serious work with incomplete understanding—because of jargon.

From the article, here's the higher education view:

In mid-April, on a Facebook page focused on first-generation college students’ success, La’Tonya Rease Miles posed a question: "Can you think of any college terms or lingo that students are presumed to know?"

More than 100 responses flooded in.

"Why do we have so many freaking acronyms?!" one commenter asked.

Rethinking jargon for the good of your audience

We've had some of our large corporate clients tell us their companies have created in-house glossaries to help people grasp the jargon that's flying around.

Rather than thinking it's helpful, I've always found that a little disturbing.

Colleges, it seems, do the same thing. The University of Georgia mails a jargon handbook, available in four languages, to families of first generation college students. That, too, struck me as troubling. The Chronicle of Higher Education article zeroes in on why:

Such resources are a step in the right direction, but they do little to solve the actual problem at hand, said Zachary W. Taylor, a research assistant at the University of Texas at Austin who studies institutional communication.

In effect, colleges "are admitting to themselves and their student audiences that the language is so difficult that students need to learn words to be able to conform to and access the system,” he said. "I think that’s a little bit backwards."

Taylor said the question then becomes: "How can we simplify?"

It's always a good idea to ask yourself when speaking to any audience: Is my message going to be understood? Is it going to connect?

There's another strong reason to move away from jargon and toward more conversational language: It's more persuasive, because it has more life.

Since jargon is a shortcut and because it is overused and abstract, it can lack the power to persuade.

Whether you're speaking in the generic business jargon we all hear too much or using what I think of as institutional language specific to your line of work, you might consider whether it's the right language to do the job.

For example, when I work with participants in a nurse leadership program, I point out:

If you want to read more about why and how universities are tackling the jargon problem, you’ll find The Chronicle of Higher Education article here.

Here's a teacher's perspective on why using simple, familiar language isn’t "dumbing it down."