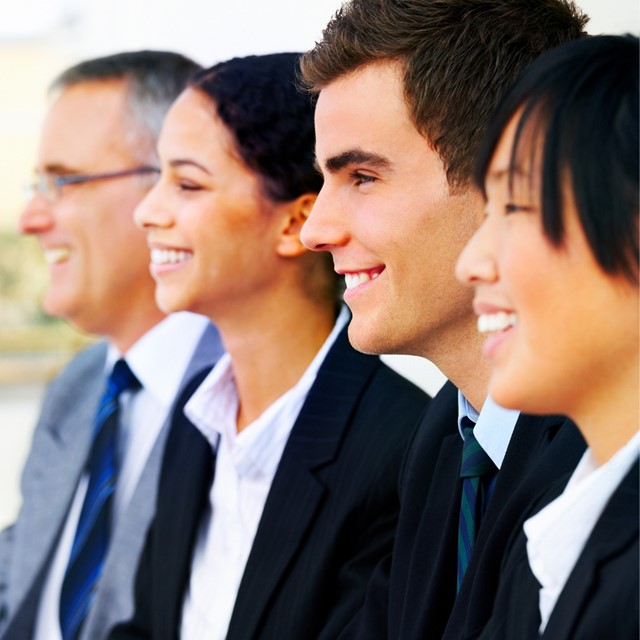 Panel discussions are a popular way to present information. We've learned a lot over the years as we've helped organizations make theirs better. In this series, we're providing tips for planners, moderators, and panelists—to help you make sure the panel discussions you play a role in will live up to their potential.

"Be as brief as you can, especially if the audience is holding a program guide with lengthier bios in it. Three lines is the absolute longest anyone’s introduction should be. No one cares where each panelist worked 27 years ago, or how you first met them."

Who should introduce the panelists?

Believe it or not, we've heard some heated discussion about the answer to this question.

Some people firmly believe the moderator should introduce each panelist.

Others feel just as strongly that panelists should introduce themselves.

Some favor not having introductions at all.

We don't care so much about the who. We're much more concerned with the how.

Because many introductions go on too long yet come up short.

A good introduction needs to:

Usually, that means you can leave out the list of college degrees, full resume of past employment, and roundup of awards and publications.

Let's apply this three-part approach and see how it can work.

A simple recipe for introductions

Suppose you are introducing panelist number one.

The topic: Supporting fatherhood as a means to reduce poverty

The panelist: A caseworker who implemented a Jobs Not Jail child support program

Your introduction can be this simple, yet effective:

Who this is: Our first panelist is Emily King, a social services caseworker from South Dakota.

Qualification for panel: Five years ago, she helped create Jobs Not Jail. Now, fathers who miss child support payments can enroll in this job placement program and catch up on what they owe rather than be sent to jail for non-payment.

What she brings to the discussion: As someone who’s been working with families and fathers for 20 years, Emily says many policies created to hold fathers accountable actually do more harm to families than good. She'll share her perspectives on how we can help fathers engage with families in ways that help all of us.

Of course, Emily King could introduce herself covering those same points if your panel wants to go the self-introduction route. (For the record, we prefer the moderator do the introducing.)

If you're a moderator introducing panelists, use your judgment and consider these factors:

One last tip for anyone introducing others or themselves: Consider writing that intro word for word and practicing it.

So many other elements of a panel discussion are up for grabs. Introductions are one element you can plan for and control—and when done well, set the stage for what the audience can expect and look forward to.