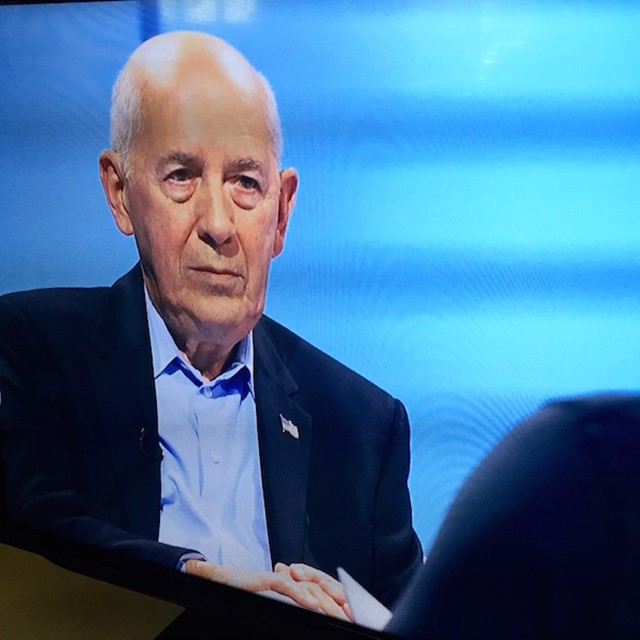 The TV show host held up a shrink wrapped proposal and assured his guest he wouldn't break it open. I wondered why. Would it reduce the value, like opening a vintage, boxed toy?

No. Or maybe. I'm not sure. But that wasn't the point.

The shrink wrapped item was a handout for a pitch. And it turns out it was related to a tip I give speakers frequently, one that was made vividly important to me during one of my own presentations.

I'd been flipping through cable channels when I happened on the shrink wrap moment in an episode of Fear(less) hosted by Tim Ferriss. His guest was Bill Rasmussen, one of the founders of ESPN.

When Rasmussen had pitched the idea for ESPN, he'd prepared a bound book with all the details. The man who assembled the book added one last item: He shrink wrapped the books, so that no one would open them until Rasmussen cued them to do so.

According to Rasmussen, this was a key to his success. As he and Ferriss go on to discuss, when you put your handouts in the hands of the people in the room, you're setting yourself up for problems.

Well, what do people do?

They leaf through the document in their hands instead of listening to your pitch.

My solution is a little simpler that Mr. Rasmussen's. I don't go to the trouble to shrink wrap*. I simply hang onto handouts until I'm ready to reference something in them, then pass them out around the room.

That works great as long as you keep those handouts in your control.

The story from my own experience is this: I had to pitch 21 television stations on a project. I had a handout with all the details, including the cost. For 20 of these pitches, I held onto the handouts until the perfect moment. But before one pitch, I had to dash out to the ladies room.

When I came back, the media buyer with me patted my arm. "Don't worry," she said, "I put a handout at each seat while you were gone."

Every person in that meeting went straight to the pricing page. We didn't get the chance to pitch what was great about the project. All we could do was talk about the pricing.

So, shrink wrap or no, keep control of the supporting material whenever you can.

Here's a link to information about the episode with Bill Rasmussen, which includes more of his smart advice for pitching, including his preference for the six word mission statement.

*I've had a different experience presenting with "shrink wrap"--and it was not quite as successful Rasmussen's. If you haven't heard that story (a lesson in diction and enunciation), ask me about it when you're at The Buckley School.