On This Day: 'We choose to go to the Moon' 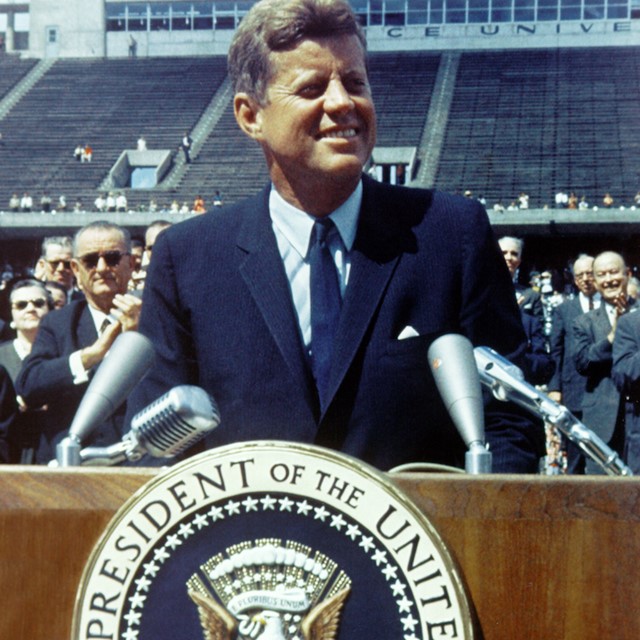 "It is a great speech, one that encapsulates all of recorded history and seeks to set it in the history of our own time. Unlike today’s politicians, Kennedy spoke to our best impulses as a nation, not our worst."

He was speaking to a crowd of 40,000 people, gathered on a sunny day in the Rice University football stadium in Houston on September 12, 1962.

And President John F. Kennedy delivered a speech that many remember—and refer back to—today:

We take for granted photos of Hurricane Florence shot by astronauts on the international space station. It’s easy to forget that less than 60 years ago, this might’ve seemed like science fiction.

Leaders are often required to provide a vision for something that no one has yet experienced.

If you watch the speech, you’ll note techniques that Kennedy uses that you might want to try:

You will also see that:

Here, a link to the complete speech text. Below, a video of the entire speech: