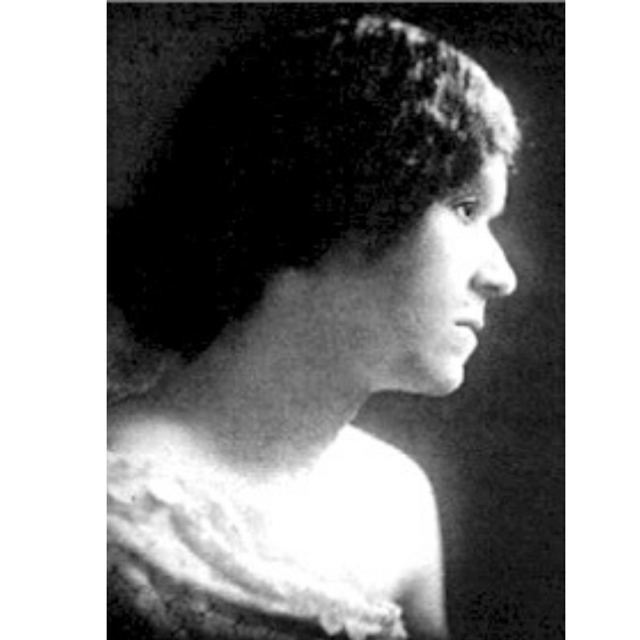 The Buckley School's founder believed that all public speakers should hone their presentation skills by reading poetry out loud. We keep that worthwhile practice alive by including a poem in our magazine each month for you to read aloud. Above, Georgia Douglas Johnson.

"My first book was 'The Heart of a Woman.' It was not at all race conscious. Then someone said--she has no feeling for the race. So I wrote 'Bronze'--it is entirely racial and one section deals entirely with motherhood--that motherhood that has as its basic note--black children born to the world's displeasure."

Born in Atlanta in 1877, Georgia Douglas Johnson, a leading figure in the Harlem Renaissance, was an accomplished playwright and poet.

For 40 years, she hosted weekly Saturday Salons at her home on S Street in Washington, D.C., where writers including Langston Hughes, Angelina Weld Grimké, and Zora Neale Hurston met to talk about their work, women’s rights, and problems faced by African-Americans.

Johnson published four volumes of poetry and traveled extensively during the 1920s to deliver readings. She wrote 28 plays, a number of them in support of the anti-lynching movement. She also published a weekly newspaper column that ran in 20 newspapers across the United States.

For our July read aloud, here's one of Johnson's poems.

And who shall separate the dust
What later we shall be:
Whose keen discerning eye will scan
And solve the mystery?

The high, the low, the rich, the poor,
The black, the white, the red,
And all the chromatique between,
Of whom shall it be said:

Here lies the dust of Africa;
Here are the sons of Rome;
Here lies the one unlabelled,
The world at large his home!

Can one then separate the dust?
Will mankind lie apart,
When life has settled back again
The same as from the start?

You can find more of Johnson's poems online here.

For a look at what happened to her house at 1461 S Street NW in Washington, D.C., we found this article in The Washington Post.

Here's a link to Johnson's house on the tour of D.C. Writers' Homes.

Johnson was inducted into the Georgia Writers Hall of Fame in 2010, and you can find links to her papers and read more about her life on that website.