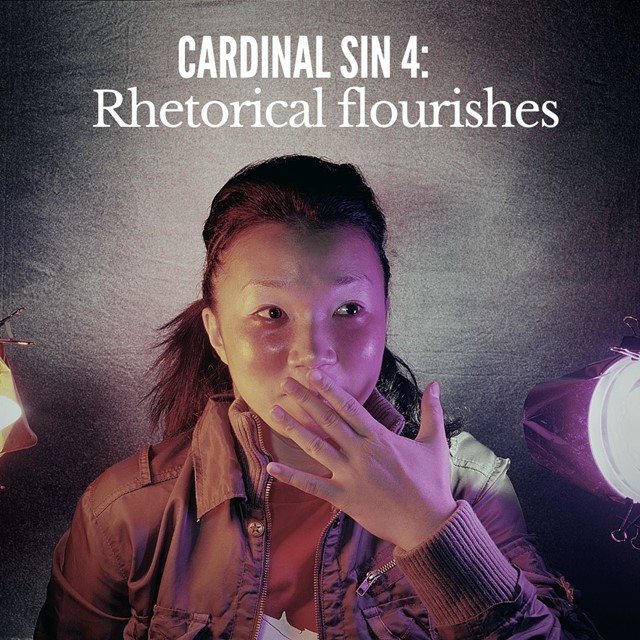 "Sometimes people write novels and they just be so wordy and so self-absorbed."

– Kanye West, making the case for self-awareness and cutting the fluff

"I submit to you." If you mean that, you don't know what you're saying.

More on Such Banes

"Think about it!" has become a plague. When used to sum up a thought, the adjuration is usually accompanied by a portentous frown and a Nixonian shaking of the wattles. It assumes a moral superiority that is quite indefensible.

In this same category belongs the deadly phrase "Let me share with you..." I don't want it. Keep it to yourself. Don't impose on me your compulsion to regurgitate your miserable soul.

When one hears that awful, touchy-feely, falsely humble ingratiations, one knows that one is in for a slathering of sentimentality or a revelation of such gruesomely intimately character that it transgresses decency. Larry King.

Share nothing from the stage or banquet table. Let me tell you about sharing. One can share a blanket, split peas, a cookie, a seat, knowledge. Once may even share a Kleenex, in a pinch.

One cannot share pain ("Have some, it's on me!"), an experience, an emotion, an idea, an intellectual state, an opinion, good taste or bad.